Amanda Anne Platt & The Honeycutters new self-titled album released June 9, 2017 on Organic Records. “We’re switching things up a little. After four albums I’ve decided to step out and start using my own name. It’s something that a lot of people have encouraged me to do over the years, and I guess that 2017 just felt right.” says Amanda. “We’re keeping The Honeycutters too because we don’t want to confuse people… really, we’ve always been Amanda Anne Platt & The Honeycutters. I think I’ve just gotten to a place where I feel comfortable enough to be in the spotlight.”“Amanda is so good it’s ridiculous. I don’t even know what words to use. Her singing, songwriting and presence is unmatched in Americana, Country, Pop… Simply breathtaking,” said Saul Davis: producer (Percy Sledge), manager (Gene Clark, Carla Olson, Phil Seymour).Lyrically driven, the songs on Amanda Anne Platt & The Honeycutters blend the band’s old-school country roots attitude with their shared influences of rock and folk. Amanda says of the album, “I think it’s just about life and all that that entails. Including but not limited to death, strangers, birthdays, money, leaving, arriving, seasons, corruption, and love.”

Based in Asheville, North Carolina, Amanda is a storyteller by nature with an incredible band backing her. Performing along with Amanda Anne Platt, The Honeycutters are Matt Smith on pedal steel and Stratocaster, Rick Cooper on bass, Josh Milligan on drums and harmony vocals, and Evan Martin on keys and Telecaster.

There is an empathetic and charming wit ingrained in Amanda’s songwriting. She has a knack for accessing a deep well of emotion and applying it to her story-telling, whether she is writing from her own experiences or immersing herself into the melody of emotions in another person’s life.

“Amanda Platt writes songs on par with Lucinda, Isbell, Lauderdale, Hank Sr. In my opinion, anyway.” said, WNCW’s Music Director Martin Anderson to No Depression.In the lead off track, “Birthday Song,” Amanda writes with a gentle optimism, “Every time it gets colder I get another year older… I start looking for lines in the bathroom mirror… but when I lay down at night I swear I must have done something right… cause I’m still so damn glad to be here… I’ve been trying to love the questions, and keep on guessing.” Written just before her 30th birthday, Platt calls the song, “a summation of everything I learned in that decade.”

There is an easygoing warmth to the album, enhanced by the its refined arrangement and production; from the upbeat “Diamond in the Rough” to the poetic and observational “Eden” to the very personal, yet universal, “Brand New Start” to “Late Summer’s Child” (an ode to her favorite season) and “Rare Thing” (a song commissioned from Platt from a fan as a love song to his wife that ended up being included on the album. “Your mama said that it would never last… but these years go by so fast… and you’re the song I’m humming to myself as I’m counting the miles… you’re such a rare thing.”) One can feel it even in songs with a more solemn concept behind them like, like “Long Ride,” which speaks of living in the moment in the face of mortality.

Platt wrote “Learning How To Love Him” after hearing an acquaintance of hers talk about learning that her husband of 40+ years was terminally ill. She says, “What really struck me was how she described the tenderness that the news brought back to their relationship.” Amanda sings, “’I woke last night and I felt so afraid, I turned on the light and shook him awake and we stared at the ceiling, listening to the sink drip… I spent my whole life learning how to love him and I never loved him more than I do today.”

Amanda Anne Platt & The Honeycutters is the group’s third release on Organic Records, and fifth album. Assembling the same the same team as 2016’s On The Ropes, Balsam Range’s Tim Surrett steps in for the second time to co-produce this album along with Amanda. Its thirteen tracks were recorded, mixed, and mastered by Scott Barnett at Crossroads Studios in Arden, NC near the band’s hometown of Asheville.

“Song after song of music and lyrics written as only you can put them together. You have a sound, a sound that strikes deep. A country rock sound. Not an alt. country or country sound. Country rock. Music that came out of the late-’60s and early-’70s back-to-the-earth movement. Sure, you twist it to your style, but that is what it is. Music written and performed from the heart.” –No Depression, Frank Gutch Jr. “An Open Letter to Amanda Anne Platt & The Honeycutters”

“Platt and the band flesh out all that’s real and been missing in country music for lo these many years.” –No Depression’s “The Ten Best Roots Music Releases of 2017 (So Far)”, Amos Perrine

“Writing with a maturity that belies her early thirties age, Amanda pens tunes about a couple with a 40-year relationship, reflections of a spouse with a terminally ill husband, break-up, strangers, leaving, the music industry, and, of course, love. Platt is as good a songwriter as anyone with an Americana label by their name and that includes Isbell and Lucinda to name just two of them… You will need to listen repeatedly as the album is lengthy and Platt’s lyrics are so damn real and relatable on so many levels.” –Elmore, Jim Hynes

“Hard-learned lessons seem to inform Platt’s lyrics, but there’s a sunny optimism that infuses even the most melancholy sentiments expressed in her compositions… Amanda Anne Platt & the Honeycutters are the real deal.” –Mountain Xpress, Bill Kopp

“Platt sings like she means it on this country-tinged folk album, and whether or not her nuanced lyrics are drawn directly from real life, they sure sound as if they are… Platt’s vocals convey joy and tenderness and her band provide amiable backup. At its best, this music is on a par with Lucinda Williams’s, which is saying a lot.” –The Morton Report, Jeff Burger

“’Learning How To Love Him’ is a prime example of the new intimacy Platt shares with her audience. Her voice, rising and falling above a simple, spare guitar line, is on display in a way it never has been before.” –Elena See, LISTEN to the song premiere on NPR’s Folk Alley

“A coming-of-age song of sorts, ‘Diamond in the Rough’ is a rock-tinged, rootsy track” –Amy McCarthy, LISTEN to the Song Premiere on The Boot 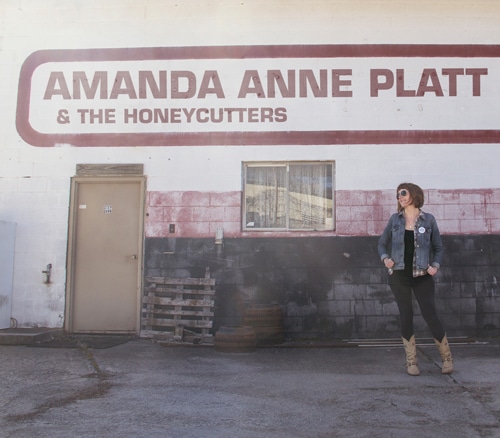 “…Platt’s songwriting could be placed in the exceptional category, at least from the evidence Me Oh My presents in her favor. It’s not just the sorrow and sincerity, it’s the insight and the resonance.” — Saving Country Music

“Vocalist Amanda Platt has a voice that’s complex, sweet and aching. Even more potently, she writes songs that folks are citing as up there with the best of the field, such as Mary Gauthier and Lucinda Williams.” — Craig Havighurst, Music City Roots

“There are a lot of worthy and compelling Americana singer-songsters and bands out there right now, it’s a rich landscape. But The Honeycutters, fronted by Amanda Platt is surely a wonder to behold. The band just sounds so darn good and makes a style of country music that always makes me feel good, even when it’s so melancholy. I think Amanda has something to teach us about the economy of words, the magic of a good melody and the satisfaction of an aching and honest vocal.” — Amy Ray of The Indigo Girls

“With singer/songwriter — and, now, producer — Amanda Anne Platt at the helm, the group puts their own spin on an old form. Sure, there’s a timeless quality to honest songs done up by a bunch of great players… there’s also a freshness to it.” — Folk Alley First Listen, Kelly McCartney

“Frontwoman Amanda Anne Platt writes potently vivid narratives that mine the underside of hardscrabble rural America: her characters are people we all know…, Jukebox, sets the tone, a swaying midtempo number with a cajoling cynicism: it’s sort of a ‘better enjoy this because this might be all we’ve got’ scenario.” — New York Daily News, Delarue

“Me Oh My, an extremely balanced album in terms of tempo and theme, merges Americana, roots, country and even honky tonk into a delightfully unique combination. It’s a highly recommended, refreshing and enjoyable listen from the first track to the last.” — The Daily Country, Tara Joan

“Me Oh My… is a like a time machine on a shiny disc; classic, old-timey country and folk tunes with catchy melodies and lyrics that drip in poetry.” — That Music Mag, Jane Roser