Andy Hall of The Infamous Stringdusters and Roosevelt Collier of the Lee Boys have come together on a new album, Let The Steel Play, which is set for independent release June 16, 2017. Let the Steel Play was born out of a love of slide guitar, and a friendship made through music. Andy Hall and Roosevelt Collier met in 2012 on Jam Cruise, and began playing music together when their paths would cross. Both are sought after sit-in players at festivals throughout the country and known for their dexterity, versatility, and intuitive knack for picking up rhythms and melodies.

Andy comes from the world of bluegrass, and cut his teeth in Nashville’s vibrant country and bluegrass scene having performed with Earl Scruggs, Ryan Adams, and Dolly Parton (who he is also on two albums with). Roosevelt “The Dr.” was born into the Sacred Steel sound, learning lap and pedal steel at a young age directly under his uncles and grandfather in the House of God church his family attended in Perrine, FL. Roosevelt has performed alongside BB King, Widespread Panic, The Allman Brothers, and Del McCoury Band.

Coming from different backgrounds and methods, yet brought together through slide guitar, Roosevelt and Andy have joined forces to create a musical bridge that emanates a freshness, yet honors both traditions.

The bluegrass tradition is highlighted by classics such as a haunting and melodic version of “A Maiden’s Prayer,” which was written initially for piano in Poland and made popular in the 1930’s in America by Bob Wills who arranged it on fiddle in a more Western Swing style and added lyrics; it was later recorded by Buck Owens and Willie Nelson. Let The Steel Play also includes the 1920’s folk song made popular by Flatts and Scruggs, “Reuben’s Train,” which is jazzed up even more in it’s evolution here.

The time-honored song “This Little Light Of Mine” is played in both bluegrass and gospel music. Andy says, “We chose it because it seemed like a natural bridge between our two styles, and it is just fun to play. Roosevelt’s unique way of playing bass parts on the steel is highlighted in the breakdown section.”

“Power In the Blood” showcase the sounds of Sacred Steel. Written by Lewis E. Jones in 1899, the slides take on a very vocal style here; you can almost imagine yourself in church, feeling the holy spirit!

For a slightly more modern flair they also perform a version of the Grateful Dead’s “Crazy Fingers.” “When we recorded this album I had been playing quite a bit with Phil Lesh, and was doing Grateful Grass shows with Keller Williams, so I certainly had the Grateful Dead on the brain,” says Andy Hall, “‘Crazy Fingers’ has always been a closet favorite of mine. Amazing complex chords that work so well together. Yet the melody is so memorable. I play the melody throughout, and then Roosevelt soars on the intro riff that we repeat at the end.”

Additionally there are 5 originals that Andy and Roosevelt wrote together specifically for this project. From the uplifting “Rosebud” to the fast paced “Remington,” this record showcases not only exceptional slide work, but engaging songwriting. “The Darkest Hour” was written on Hall’s Weissenborn style guitar, which has a mellower, pretty sound and juxtaposes nicely with the gritty low sound of Roosevelt’s lap steel.

In the final song of the album, “Colfax Boogie,” Anders Beck of Greensky Bluegrass adds his Dobro prowess to make a slide guitar power trio. They co-wrote it while all together in the studio and had fun with three slides all taking turns and playing off each other, a perfect way to round out the project.

Let The Steel Play was recorded at Macy Sound Studios in Denver, CO, and produced by John Macy (The Nitty Gritty Dirt Band, Los Lobos). The mastering was done by Fred Guarino (he also recorded The Infamous Stringdusters’ 2015 album Undercover), at Tiki Recording.

Let the Steel Play is an instrumental offering that gives the listener something new, yet familiar. Where two traditions come together and form something new and relevant. The slide guitar is not all that common, but it’s certainly a treat to the ear and to the soul. 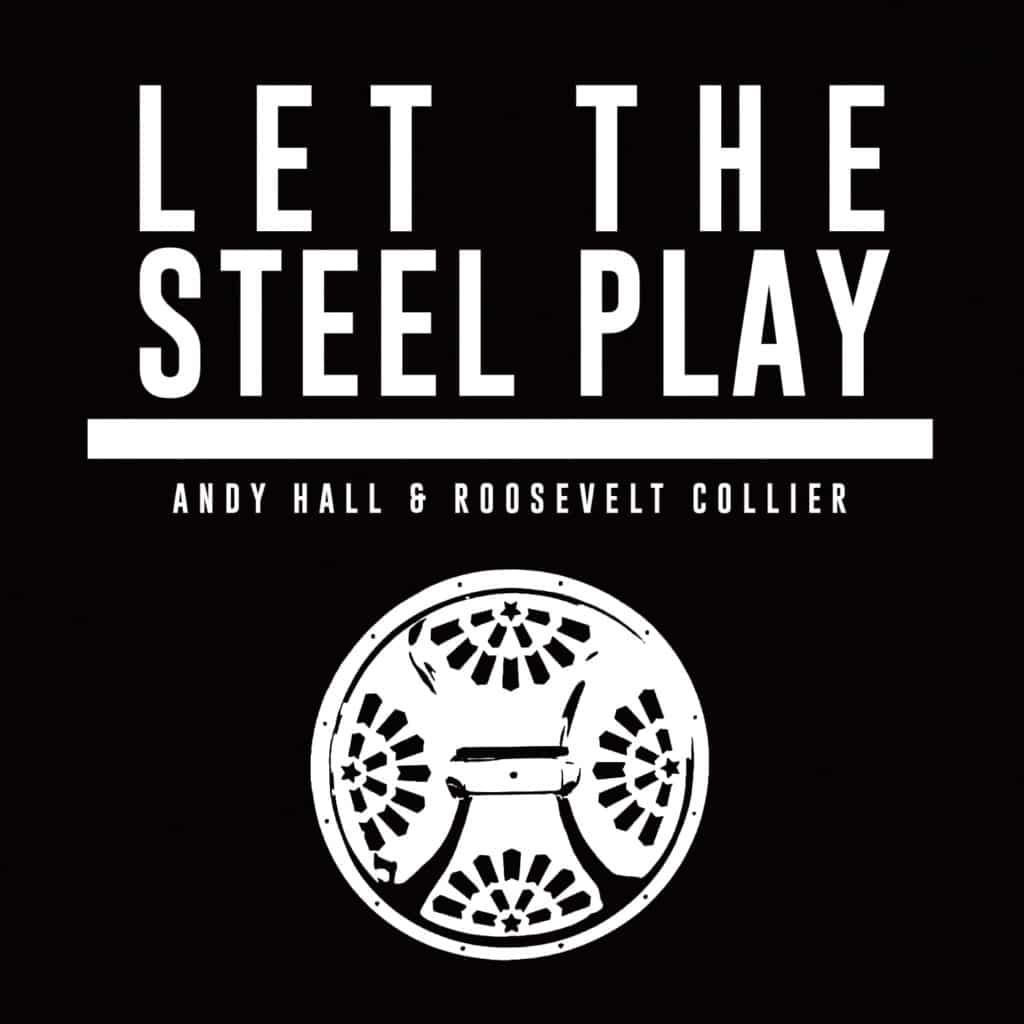