BOULDER, CO — Leftover Salmon banjo player Andy Thorn never expected to go viral. But in 2021, he was in his backyard, playing an improvised banjo tune to a wild fox, when his wife caught the whole thing on video. The video made headlines around the world. Soon, Andy was interviewed on the Kelly Clarkson Show, The Dodo, and A & E’s Neighborhood Wars. Even Political Gabfest discussed the video. A New York Times writer, Ferris Jabr, called it “a moment plucked from Aesop.”

Andy was stunned by the publicity, and by how many people kept asking him about the song. He finally recorded it (“Aesop Mountain”), along with 14 other banjo instrumentals. The resulting album, Songs of the Sunrise Fox, stands in contrast to the music Andy normally plays with Leftover Salmon. This new album isn’t about the flashy banjo picking favored by jam bands. Instead, it’s the banjo melodies Andy would play for his friend “Foxy” at sunrise. The stripped-down band also features Erik Deutsch [Black Crowes] on piano, Greg Garrison [Leftover Salmon] on bass, and Windfield champ Tyler Grant on guitar.

The first single, “Aesop Mountain,” was released last month asd has already garnered nearly 100,000 listens on Spotify. This is the song from the viral video that started all the Foxy craze (that now has 3.8 million views). Thorn says, “I really enjoyed turning it into a full band tune and Erik Deutsch’s piano brought it all together.” The album also includes an acoustic solo version of the song as the closing track.

Other songs include the upbeat solo banjo tune, “Barry’s Bounce,” which was written right around the time Thorn’s baby boy Barry started bouncing around, while the solo clawhammer number “Stork Bite” was written right after his birth. “Red Sun Salutation” commemorates a wintery sunrise and “Dawn is Coming” feels like the winter storm that it was written about with the addition of Garrison and Grant adding  to the mood. “Monarch Morning” is a relaxing duet with Deutsch on piano; Andy wrote this tune in his backyard while butterflies were swirling around.

As you keep listening you will hear more of the songs that were first performed for Foxy during the morning light, sun pillars, and sundown as his furry little friend sat down and listened and then trotted along…  Foxy even has kids of her own now. “In a world full of crazy, this brought joy to my soul. Thank you,” Eve S. wrote on YouTube. Andy is thrilled to release Songs of the Sunrise Fox and hopes it sends some joy your way as well.

Songs of the Sunrise Fox is available at  https://distrokid.com/hyperfollow/andythorn/songs-of-the-sunrise-fox.
Vinyl records are available to purchase at the website www.andythornmusic.com/shop. 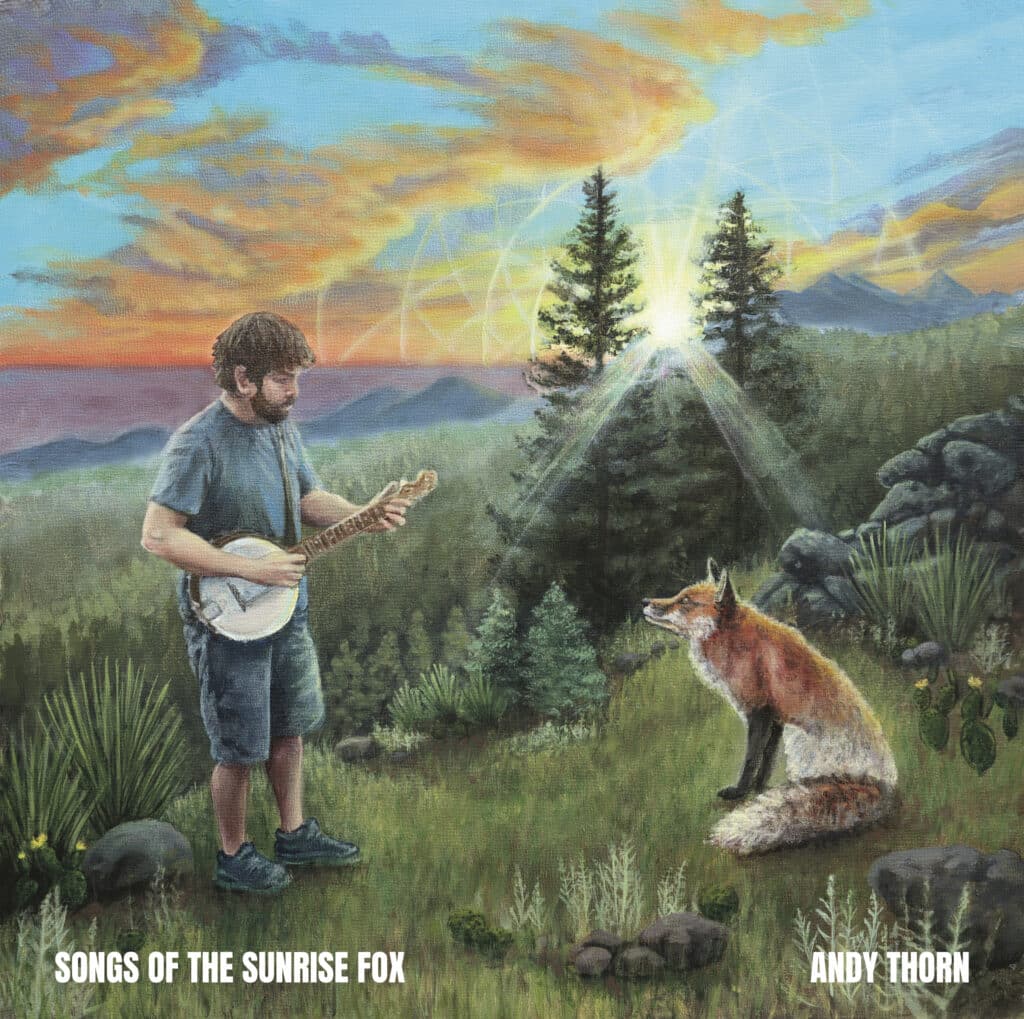