With vivid storytelling, vibrant musicianship and arresting honesty, Anya Hinkle explores the beauty of song craft through the lens of the Appalachian string band tradition. She is excited to announce her upcoming European tour as well as a new single, “Nightingale (соловейко) – Bootleg for Peace.”

Originally from the mountains of Virginia, Anya’s music is steeped in the tones of folk and bluegrass and seasoned by travels across the world. A founding member of Asheville, NC-based bands Dehlia Low (Rebel Records) and Tellico (Organic Records), Anya released the first full-length album under her own name, Eden And Her Borderlands, in July 2021 on Organic Records. Hinkle won the MerleFest Chris Austin Songwriting Competition in 2019 for her song “Ballad of Zona Abston” and was runner-up in the International Acoustic Music Awards in 2022 for her song “Hills of Swannanoa.”

PopMatters calls Hinkle, “A burgeoning force behind the Appalachian roots revival,” and AmericanaUK writes, “Certainly striking, certainly beautiful… everything one could look for in a bluegrass-tinged Americana.” No Depression calls her song “Lady Luck” “one of roots music’s gems so far this year.”

Hinkle says, “This will be my second European tour and my first visit to the far northern countries of the Netherlands, Denmark, and Sweden. This tour was rescheduled several times due to the pandemic and we are all thrilled to finally be able to have this incredible experience. Sharing music in a different culture brings many things together in a once-in-a-lifetime sort of way—you make memories and form bonds that can never be forgotten.”

She continues, “At the same time, we are saddened by the events in Ukraine. Although the war feels very remote here in the States, I think that in Europe, people feel a real chill in their bones. The old wars linger heavily—the shadows over the generations, the scars on the landscape. As I prepare to visit, I want to bring my new single ‘Nightingale’ with me to try to help in some small way.”

The day after Putin invaded, Anya had decided to take a day-long songwriting retreat:

With a few early images from the New York Times in my mind, somehow a song began, without my trying—I didn’t plan to write about this at all. But the dark grinding images of war were haunting me, and suddenly I thought, ‘there is a bird here.’ I discovered with a quick search that the nightingale is the most highly honored bird of Ukraine. Its song represents fertility, spring, love, and hope.

The next day, I played a show and a woman named Tatyana came up to talk to me. She told me that exactly four years ago to the day she had come out to hear me sing and immediately afterward went to the hospital and gave birth to her first child. Our connection was so crazy and delightful. We laughed. Then she told me she was from Ukraine. I told her I had just written a song called “Nightingale” but it needed someone to sing for: Tatyana, and her family in Ukraine. Our conversation turned into a bridge section, and her insights gave the song a real purpose that it didn’t have before.

I made a quick recording in my home studio; Bridger Dunnagan at Echo Mountain Recording Studio here in Asheville donated the mix and David Glasser at Airshow Mastering in Boulder, Colorado donated the master.

Anya is offering “Nightingale (соловейко) – Bootleg for Peace” as a downloadable track on Bandcamp. 100% of contributions go to The Ukrainian Relief Project – Guardians of Hope, an on-the-ground non-profit organization working to bring supplies back and forth across the Ukrainian border with Poland. It’s a group that Tatyana suggested because it’s someone she actually knows.

Anya recently joined Black Oak Artists on their booking agency roster. “I’m thrilled to join Black Oak as we springboard from the success we had with Eden and am excited to see where we can go together!!” says Hinkle. Along with her upcoming European Tour, she will be announcing additional US dates, singles and videos ahead of her sophomore solo project, slated for release in 2023. 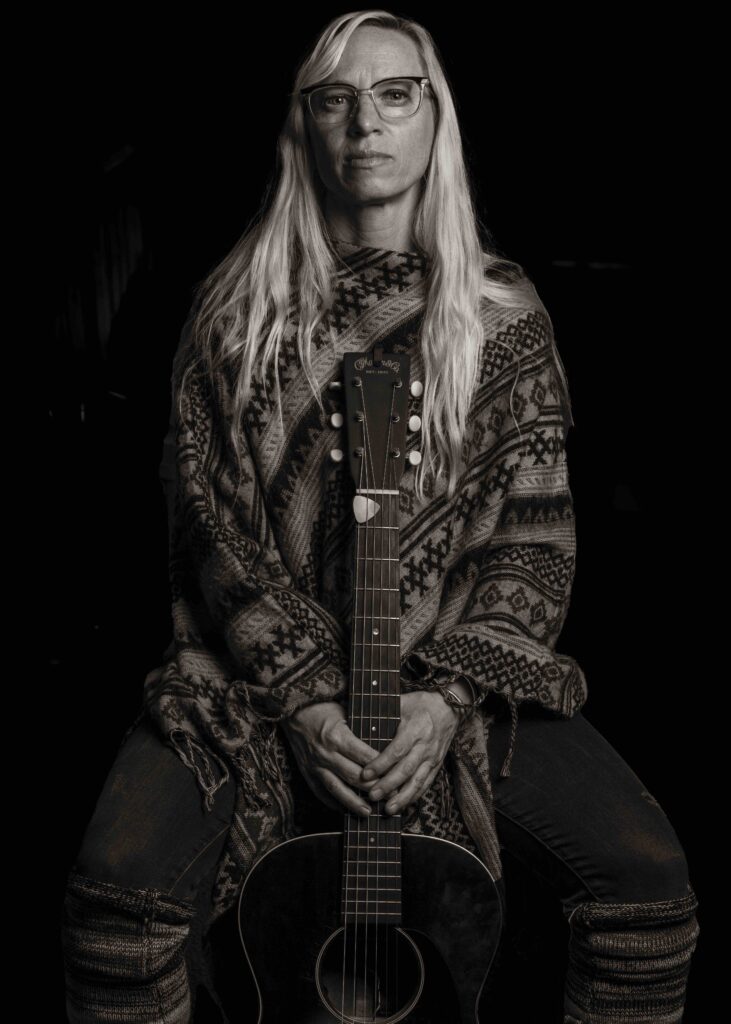 Hinkle is an award-winning songwriter who most recently was the runner-up in the 2022 International Acoustic Music Awards for her song “Hills of Swannanoa,” a single off her solo debut album Eden and Her Borderlands [Released July 2021 – Organic Records].