“New York-based singer-songwriter Bill Scorzari transcends titles like songwriter or poet. He catapults past categories into a dark, ruminative, and ultimately life-affirming realm where family folklore, memories, pain, prayer, and incantation meet,” says Acoustic Guitar. Scorzari, a prolific songwriter, has taken his craft to new heights and deeper depths with his 4th studio album, The Crosswinds of Kansas which will be independently released on August 19.

Much of The Crosswinds of Kansas was inspired by his three-month-long Now I’m Free Tour in 2019—which had become a journey of self discovery, with Bill ultimately arriving at a new awareness and desire to adapt and continue to create. He had made his way from the east coast, toward, and around the west coast and back, traveling under two full moons, visiting waterfalls, hiking, climbing, pondering and processing his life experiences of loss, gain and change, and at times composed haiku as a way to pass the time on the long drives between performances, until the tour came to an unexpected early end when Bill learned of the sudden decline in the health of his then 94 year old mother back home in NY.

Bill started his four-day drive home back east from California; when he got to Kansas on the second day, the winds were blowing so hard North and South across I-70 East that he had to fight the steering wheel for hours just to keep his car going straight down the highway. He stopped in Hays, KS for the night and woke up the next morning with a sore neck and arms from wrestling those tenacious crosswinds the day before. The following lines came to him while he was driving, “Then, came the crosswinds of Kansas unleashed, and it pushed me hard, north and south, all down I-70 east… As I tore home to my mother, before her health, it would fail, at 94, I felt another love leaving me lost, like a nail in a cross.”

Bill says, “When I wrote ‘I-70 East,’ I immediately knew that it was going to be the first track on this new album, even before I wrote the others, and when you cue up this record, it’ll be the first song that you hear when the music begins.” “I-70 East” is the first single to be released and is available now to stream or purchase → https://billscorzari.hearnow.com/i-70-east.

After arriving back home in NY and securing 24-hour care for his mom in late 2019, Bill took a deep breath, and began to write. Some of the songs were new creations and some were reworkings of songs from his back catalog which also fit well within the themes and moods of what was becoming the new album. He spent the early days of the Covid lockdown finishing the songs, gathering the right instruments to fit the music, and building out his studio—First Thunder— where he recorded much of the album. All the while, he continued to share time with his mom daily, until she passed at home on Christmas Day 2020 with Bill and family at her bedside, less than seven weeks before her 96th Birthday.

With Scorzari drawing inspiration from a full palette of moods and emotions, the 13 original tracks on The Crosswinds of Kansas have many stories to tell— some confront the darker emotions head-on. Bill says, “I found that a lot of the songs on this record wound up having an upbeat feel, even when the lyrical content wasn’t necessarily upbeat, or at least not primarily or entirely so. It’s a very satisfying thing when that happens, like positivity shining through and prevailing over our struggles with adversity.”

Scorzari recounts a hard tale of the destruction of a relationship in the rootsy “The Broken Heart Side of the Road,” while “Multnomah Falls” weaves a chronicle of a rainy day’s hike into an account of the trials of change and transcendence set to cascading mandolin lines. The orchestral “Oceans In Your Eyes” recounts a perilous navigation through an enchanted captivation, and a wistfully nostalgic “Patience and Time” haunts with lyrics, “… and I don’t think there’s anything that’s ever been as ‘this much’ on my mind. And with each day that’s passed I’m holding fast to patience and time, ‘cause nothing can outlast patience and time.”

Nostalgia is revisited in the hypnotic “Try, Try Again” and “Not Should’ve Known” presents a combination of uncertainty and prescience with its lyrics, “I’m just waitin’ for the courage to accept what I can’t change. Still, I can’t help but worry ‘bout how sometimes things turn strange and how with every situation that confronts me to my core, there comes a realization that I seem to have had before… what if I knew, and not should’ve known?”

With the electric-guitar-driven opening track ”I-70 East,” the transcendent “All Behind Me Now,” the uplifting “1, 2, 3, Jump,” the fast-moving acoustic jam of “A Ghost, My Hat and My Coat,” and the rhythmic, semi-autobiographical, sound-collage that is “The Measure of a Man,” Scorzari achieves a beautiful balance in this new collections of songs.

Bringing a mix of contemporary and Indigenous instruments, “Inside My Heart” opens with the bell chime of a Tibetan singing bowl, a cluster of claw-hammer banjo notes and a Native American flute flourish, while the intriguing backstory of the making of the album finds Bill learning his lyrics in Navajo from a Navajo flutemaker named Ty Allison and his friends, and recording those lyrics, and the two flutes made by Ty, onto the final track, “Tryin’, Tryin’, Tryin’, Tryin’.”

Bill says of learning Navajo, “It was an incredible honor for me. Beyond words. I’m also going to very candidly say that it was, however, no small task, and something that I would not have been able to do without the patient teaching, support and encouragement by, and friendship of Ty, Caleb and David. It is a connection that I will always cherish.”

The album was recorded in two locations—beginning in 2020 at First Thunder Recording Studios in Huntington, NY, by Scorzari during the Covid outbreak and through the continued lockdown into 2021, and continuing at Skinny Elephant Recording in Nashville, TN, by Engineer Dylan Alldredge in 2021 and again in 2022.

Acclaimed record producer, film director, film producer, singer-songwriter, and photographer, Neilson Hubbard joined Bill as Co-Producer during the Nashville sessions, and also played drums and/or percussion on all of the tracks. Bill says, “Neilson has, among many other things, produced records for Mary Gauthier, Sam Baker, Kim Richey, and others, and his musical and production sense is spot on, and it appears to be effortlessly so. The man has a gift, and I am so very grateful for his friendship and for his many great talents which he has shared with me over the past several years.”

In early 2022, Bill recorded some backing vocal and harmony vocal tracks for the song, “Tryin’, Tryin’, Tryin’, Tryin’” at his studio in New York. For the final piece to complete the record, he asked Ty to send him a short cell phone recording of himself singing a Navajo chant, which Bill edited to make it sound like a historically older recording before adding it in at the end of the song. It’s also the very last sound on the album. Bill says, “When I was done and listened back to it, the song (and the album) felt complete, and the history it has gathered is abundant and beautiful.”

Bill says, “For me, the journey that had begun in 2019 (and in many respects, much earlier), became a journey into the depths of my soul, not just in a nebulous aspirational or conceptual sense, but in its fruition, and this album is a record of many of the ways in which it has all unfolded for me so far. I’m grateful for the opportunity to have occupied my time with this effort and for the opportunity to continue to participate in the dance that is life, through this pandemic and beyond.”

He continues, “It has been an arduous and relentless trek to the ultimate discovery that we are here simply to dwell in the experience of being human and to come to know that wherever that experience may take us, and to whatever heights or depths we may rise or fall in it, it is all nothing less than an unspeakably generous and miraculous gift of life and great love.” 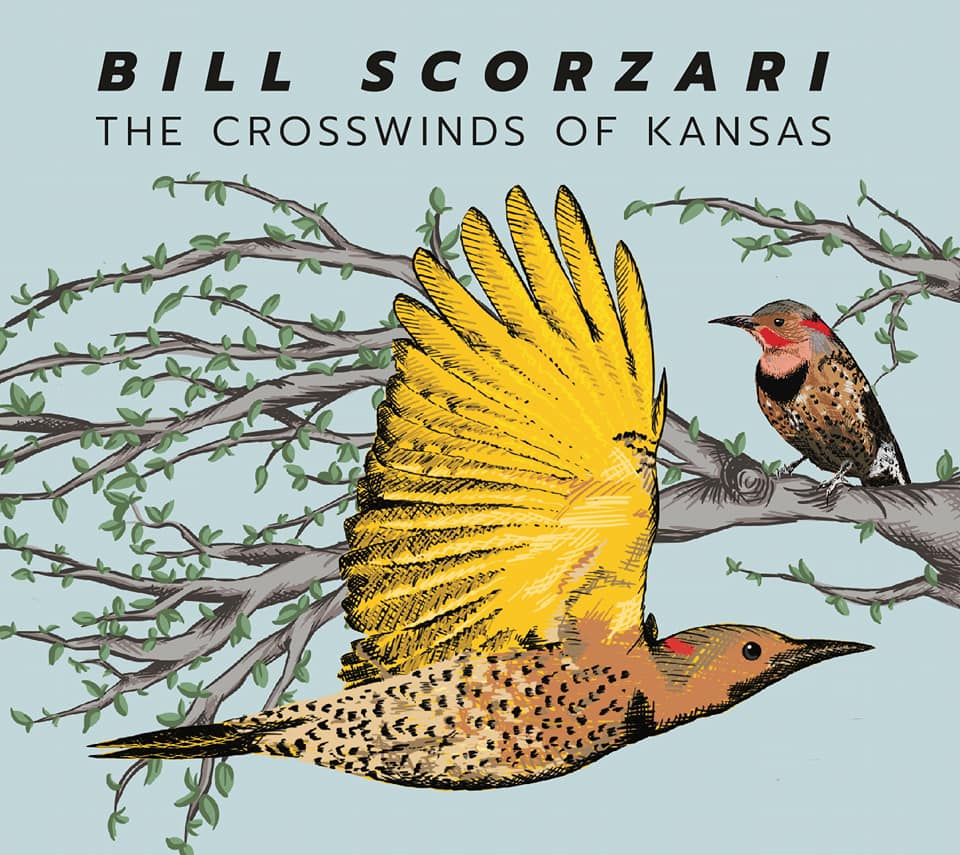