BLOOMINGTON, IL — For recording artists, albums can be like children — it’s hard to go on record choosing one as a favorite. But Cody “Chicago Farmer” Diekhoff doesn’t hesitate to designate his forthcoming release, Flyover Country, as his “golden child.”

Flyover Country, his sixth full-length studio album, comes on the heels of his double-disc live release, Quarter Past Tonight, and the new one signals a turning point for Diekhoff. Quarter Past Tonight was a sort of valedictory statement for Chicago Farmer as a solo tale-spinning troubadour. He felt it was time for a change.

I knew as I was writing these songs that they called for another direction — and a band. A band that was tight, had soul, and knew how to make records,” Diekhoff said. “I’ll always be a folksinger, but you can’t just keep doing the same thing over and over. I decided it’s time to throw some fuel on this fire and get it going. For me, it’s all about the poetry and playing with a band is about putting the poetry in motion a little differently.”

As he was contemplating how to make his next record, he had some dates opening for The Band of Heathens. Talking backstage with Gordy Quist of the Heathens, Diekhoff discovered that the Heathens had their own studio (The Finishing School) back home in Austin, Texas, and had a strong track record of working on recording projects with other musicians, including Margo Price and Reed Foehl. On top of that, the five guys in The Band of Heathens are all versatile, world-class musicians with soul and they know how to make records.

“It seemed like it was meant to be, a calling from the Americana rock ‘n’ roll gods,” Diekhoff said.

The Heathens thought as highly of Chicago Farmer as Diekhoff thought of them. “Cody writes and sings in a truly authentic voice about the people that inhabit the spaces that America’s hopes and dreams have been built upon. Always the underdog, sometimes overlooked, but never to be forgotten,” said Ed Jurdi of the Heathens.

With Quist and Jurdi serving as co-producers with Diekhoff, the Heathens and Diekhoff hit the studio with the blueprints for the next Chicago Farmer album. While there were some overdubs, Chicago Farmer’s voice was recorded completely live with The Heathens to drive his words even deeper.

Diekhoff said. “I’ve never been put to the test like that before. It really made me kick it up a notch.”

“Cody came in with a stellar batch of songs and really had a good vision for what he wanted the album to be,” Jurdi added.

Fans of Chicago Farmer will already know at least a couple of the songs on Flyover Country if they’ve seen a show in the past couple years. In fact, Diekhoff’s talking-blues tribute to hardworking, unsung, everyday heroes, “Dirtiest Uniform,” and his country-folk singalong anthem extolling the virtues of intimate live music shows and cheap beer over corporate arena concerts, “$13 Beers,” are among the highlights on Quarter Past Tonight.

Diekhoff and the Heathens cover a lot of musical territory on Flyover Country. “Indiana Line” is a country-tinged rootsy raveup, a tale of a desperate drive down the road to redemption with great, growling slide guitar work. The title track is a languid waltz with a shuffling beat and jangly guitar, an ode to the people of the rural heartland, his people, putting Diekhoff’s high vibrato to great use. A brisker waltz beat propels “Collars,” another tribute to small-town folks, this one inspired by a young soldier who didn’t come home from Iraq.

Harmonica and baritone guitar drive “Deer in the Sky,” an uptempo folk-rock number about the benefits of flying over driving (you can drink beer on a plane and you’ll never hit a deer). Things get downright raucous on a couple songs, with Diekhoff’s grunge-rock roots coming out on “Mother Nature’s Daughter,” an environmental protest song, while the guitars go to town on “All in One Place,” a humorous look at the sad truth about making money in the music business.

Diekhoff pays tribute to Hank Williams with the album’s sole cover, Williams’ “Ramblin’ Man,” while also honoring Kenny Forbes, a friend’s father who introduced a young Diekhoff to the music of Hank Williams, setting him off on his musical quest as a folksinger. “Ramblin’ Man” starts with a stripped-down presentation but by the final verse it explodes with intensity.

The album ends with “The Village Revisited,” a sprawling, gospel-tinged song about the importance of community that recalls Creedence Clearwater Revival’s take on “Midnight Special” at times and at the end sounds like a party has broken out in the studio.

Through all the songs on Flyover Country — and most Chicago Farmer songs, for that matter —runs a common thread, a love and respect for regular folks, those who might be overlooked and underappreciated.

“A lot of my friends are just getting by day-to-day,” Diekhoff said. “We keep at it, we keep working hard. Hopefully, eventually, things will turn around.”

When Flyover Country comes out in February, Diekhoff will put his solo troubadour days behind him, at least for a while. He’ll hit the road with a band, performing as Chicago Farmer and the Fieldnotes, something he’s really looking forward to after seeing how much fun The Band of Heathens have onstage. 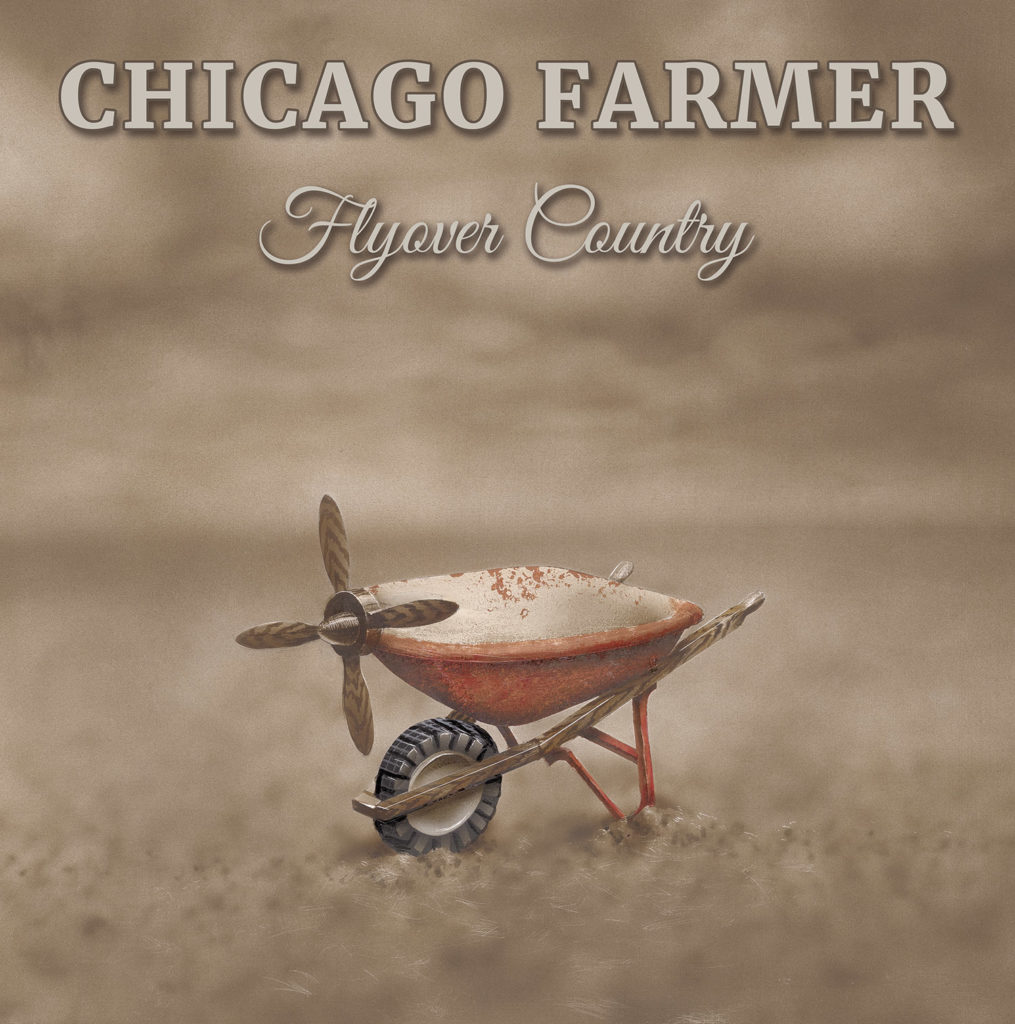 Putting The Poetry In Motion,
Chicago Farmer Joins Forces with The Band of Heathens
for Flyover Country  – Due Out Feb 7, 2020,
Recorded at The Finishing School in Austin, Texas