You could say that Chris Castino is a writer of dance music. Not the kind you hear at any club. It’s the kind you hear at a Dead show, or festivals, when the crowd moves together spinning and bouncing like an ocean of blissful and emancipated souls. Chris is the primary songwriter for his longtime popular Minnesota-based rock’n’roll jamband The Big Wu. The Big Wu started in the mid 90’s and quickly ascended from the comforts of the local club scene to playing H.O.R.D.E Fest, Bonnaroo, Gathering of the Vibes, High Sierra, and the list goes on.

With the incredibly talented band Chicken Wire Empire from Milwaukee, WI, Chris and the boys took the opportunity, while sitting through COVID-19 lock-downs in 2020 and 2021, to arrange some of his catalog into impeccably fitting bluegrass tunes. These songs were transformed and the resulting album, Fresh Pickles, sounds instantly familiar. What the listener will hear is an album that feels like a classic bluegrass album—it is a light-hearted, down-home concept that plays with the idea that although some of the songs were written many years before, they now feel brand new. Fresh.

Chris is a natural; in his singing style, writing, and producing. Fresh Pickles is just the beginning of a heartfelt and fulfilling voyage into bluegrass— it features stomping rippers and sweet, harmonic ballads, as well as a taste of genre-shifting psychedelic rides. Always true to the tradition and authentic in presentation, Fresh Pickles is packed with great music and will be independently released on February 4.

Chris says, “What turned out to be just something to occupy our time while we weren’t touring, became something outstanding. I am driven to make music that is lasting and accessible; but my personal style is a combination of sincerity and imagery. There is, to be fair, much more depth in my writing now, having gone through the reckoning of addiction that laid me low, and required nothing short of a rebirth.”

“It brings me joy to hear how these songs in particular have been given new life,” Castino continues,”For music lovers who are unfamiliar with my songs I truly believe that this record will be a fresh experience for them. It’s not essential to understand the history of these songs to appreciate them. My hope is to bring a new audience to my music, so that the next record can reach more people. This is my only desire. And my best tunes are yet to come.” Fresh Pickles follows Castino’s introspective 2020 debut solo album Brazil.

Adam Greuel (Horseshoes and Hand Grenades, The High Hawks) worked with Castino to produce the album, along with adding vocals on a couple of tracks (“Minnesota Moon” and “Jackson County”). Greuel says, “I’ve always heard and felt the influence of bluegrass music on Caz’s songwriting. Lyrically, his content and themes seem to occasionally draw from that tradition, while the music has hints of that bluegrass drive or perhaps the sweetness of a traditional waltz. When Castino gave me a ring and explained that he was interested in breathing some new life into some of his more loved Big Wu classics by way of bluegrass, my initial reaction was raw excitement. Castino is one witty and wild loon. His lyrics tell a vivid story and his chord progressions are often that lovely balance between familiar and boundary-pushing.”

Castino’s early passion for bluegrass music was cultivated by his father, a professional singer of standards, who was captivated by that plaintive, lonesome vocal style. He says, “I learned all he could from the weekly dose of bluegrass served, like some foreign cuisine to the northern city folk of Minneapolis who knew not the traditions of the southern hill folk, by host Phil Nusbaum and his 35+ years long running radio show Bluegrass Saturday Morning on local community radio: to this day.” Captivated, he began to steer his composing down this road.

Greuel says, “Caz got in touch with the fellas from Milwaukee’s Chicken Wire Empire to effectively ‘bluegrassasize’ his tunes. With the songs having already been recorded with Castino’s main band, The Big Wu, there was essentially a road map or launch pad for the tunes to evolve from. CWE are a group of musical masterminds. Their music lands on this wonderful line between tradition and exploration. To me, they were the perfect fit for Caz and his songs. Their talents flow far and wide, both individually and collectively, and their ability as arrangers and bluegrass students and historians led this project into a perfect musical territory where the tradition of bluegrass music was happily melded with the progressive and ever creative songwriting of Chris Castino.”

Fresh Pickles features 11 original songs penned by Castino. All of which, but one, were first released on four of The Big Wu’s five studio albums spanning from 1997-2019. The other song (“The Ballad Of Dan Toe”) appeared on a 2002 “official” live show release from 1998. Fresh Pickles can be seen as a retrospective and reexamination of these songs through a bluegrass lens.

“The Ballad Of Dan Toe” is a south-of-the-border inspired tune that The Big Wu has kept in their repertoire since the 90s. Castino says, “It’s a tale of a mythical mystic who is bigger than life. Because it is inspired by the writing of Peter Rowan there’s no understating the bliss of having him sing with me on this tune. Jerry Douglas also appears here. These two are my bigger-than-life heroes.”

Formed in 1992, the Big Wu’s momentum was driven by Castino’s catchy songwriting and the band’s hefty tour schedule in the late 90’s early 00’s, which launched the band into becoming a mainstay in the national roots and jamband scene. In 1997 The Big Wu landed a spot on H.O.R.D.E Fest and that same year they also released their first album, Tracking Buffalo Through The Bathtub, which included the already crowd favorites, “Kangaroo” and “Red Sky.” In fitting format, those are the first two tracks on Fresh Pickles.

The Fresh Pickles album opener, “Kangaroo,” demonstrates how well the songs lend themselves to bluegrass and introduces the core band with Castino on lead vocals and guitar along with Chicken Wire Empire’s Ryan Ogburn on mandolin, Jordan Kroeger on bass, Ernest Brusbardis IV on fiddle, and Jon Peik on banjo. Castino says, “‘Kangaroo’ is one of the very first songs I wrote as a professional. It’s upbeat and irreverent but also reveals the bluegrass influence which was so strong in my writing in those early days.”

An ambitious “Red Sky” recounts a drive home from the Dead shows in 95; the lyrics being sets of images with Sam Bush’s fiddle work here knitting several different movements within the theme together.

A couple of other songs from that era include the buoyant “Shantytown,” a song in which Leftover Salmon’s Vince Herman’s vocals are the perfect fit, if there ever was one, and country-song-turned-funky, “Minnesota Moon” (both released in 2000 by The Big Wu on Folktales).

Having earned a reputation as one of the most actively touring bands around, along with regularly hosting their own festival since 1998 (The Big Wu Family Reunion), by 2002, The Big Wu became the first band to play at Bonnaroo, kicking off the inaugural version of the festival. They also had a new album in hand that year, Spring Reverb, from which two tracks are selected here. Two more pickles in the jar: “Rhode Island Red” (a high speed bluegrass tune since day one) and Fresh Pickles’ closing track “Irregular Heartbeat,” which Chris says, “has a decidedly different feel… Perhaps indicative of what the future might (and certainly could) hold for us. It’s a Thile inspired alternative to the genre. He’s one of my favorite writers.”

The high energy and jolly “Texas Fireball” (originally released on Tool for Evening in 2004), marks the center of Fresh Pickles and sees Keller Williams spit the second verse fast and smooth and The Infamous Stringdusters’ Andy Hall’s Dobro solo is on fire. Keller says, “It’s fun to collaborate with old bros. This direction seems to make sense for Chris. Storytelling and quick picking is right up his alley.”

The Big Wu was a full-time touring commodity for years until they spilled some wind from their sails so they could deal with the changes within their lives including new family dynamics and health. They continue to write and perform a number of select shows and released their most recent studio album, We Are Young, We Are Old, in 2019. A few of those tracks were selected for Fresh Pickles, adding three more pickles to the jar: the travelogue “Bound For the South,” the nostalgic “Young Pioneer,” and the atmospheric song from the road, “Jackson County.”

Tim O’Brien’s harmony fiddle is mournful and resolute in the travelogue “Bound For the South,” while Nick Forster [both of Hot Rize] contributes vocals along with Castino. They take you through a journey down Highway 61 from Minnesota to Mississippi.

Castino says, “‘Jackson County’ completely morphed into something remarkable. Originally an epic Floyd-style power ballad about the thin line between real and drug-induced perceived threats, we turn it into a Flatt & Scruggs-Esque uptempo waltz. Maybe it’s Jerry Douglas’ killer licks but I’m certain this is what the song was meant to be. Still epic, and It’s also now a favorite of mine.”

Fresh Pickles highlights some of Chris’s most beloved tunes arranged to manifest and honor his longtime affection for bluegrass music. With the help of many of Chris’s lifelong musical heroes, this record has that classic 70’s and 80’s alt-bluegrass sound, while never too far from the traditional bluegrass style that defines the genre. Fresh Pickles aims to satisfy your cravings. 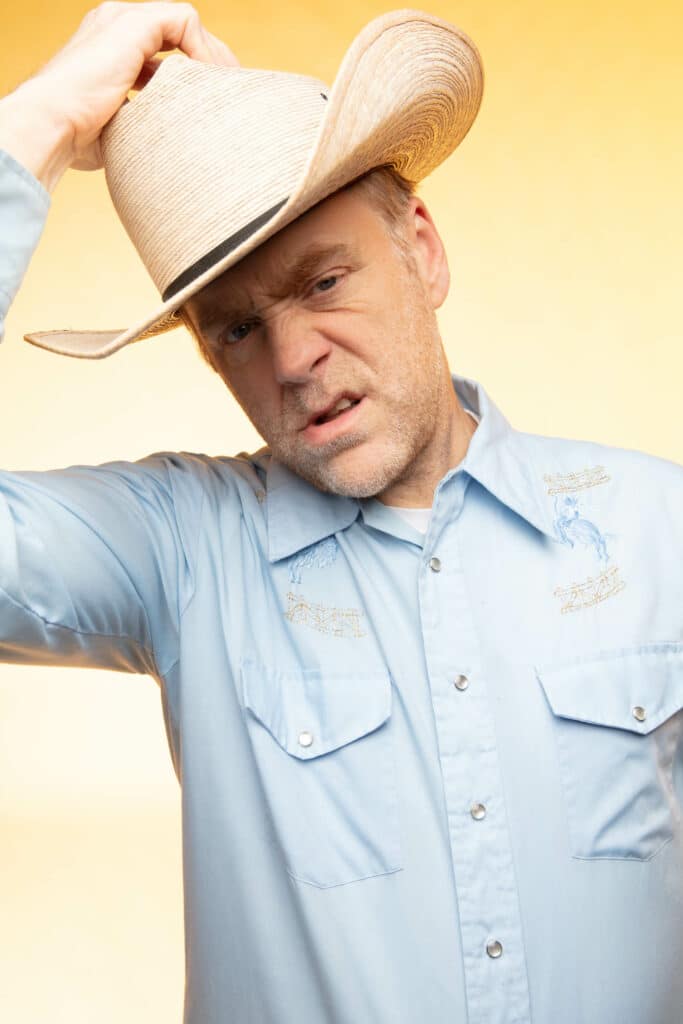