Perhaps the foremost interpreter of Grateful Dead music today and an accomplished guitarist, singer and songwriter in his own right, David Gans now shares with us his own well-crafted and heartfelt interpretations of some of the Grateful Dead’s best songs on It’s a Hand-Me-Down, released on November 27th on Gans’ Perfectible Recordings label.

Gans approaches Grateful Dead music with a unique range and a rare degree of mastery on multiple levels: as a noted writer (his most recent volume, This Is All a Dream We Dreamed: An Oral History of the Grateful Dead [Nov 2015], co-authored with Blair Jackson, presents the definitive story of the Grateful Dead in their own words), commentator, and radio-show host he has introduced, contextualized, and exposed Grateful Dead music to generations of Deadheads and casual fans. As a musician, singer, and impresario he has brought the music to life in solo and ensemble configurations. As an interviewer and documentor, he has chronicled the Grateful Dead experience from a kaleidoscopic array of perspective, as an insider, an outsider, and a songsmith.

It’s a Hand-Me-Down sets some of the Dead tunes Gans most enjoys performing in a “solo electric” context closely modeled on his performance style, making extensive use of looping and electronics to bring the sort of shimmery elastic feel required to do this material justice.

“The idea was to make a record that sounds like my performances: guitar and vocal, with some additional layers of guitar made possible by the Boss RC-30 Loop Station which allows me to record the chord changes of a song so I can play a guitar solo on top of them. It also makes it possible to create multi-layered performances of composed and improvised music.”

“Lazy River Road” and “Attics of My Life” are the simplest: one guitar, one voice. “Ship of Fools,” “Loser,” “Stagger Lee,” “Black Peter,” and “Brokedown Palace” feature guitar fills and solos over the chord changes, exactly as presented in his live show with the help of the looper (but for this project recorded in separate passes, to take advantage of the editing and mixing capabilities of multitrack recording). “Deal” is “realistic” until the end, when a third guitar joins in to spice up the coda. Some sections were edited to eliminate repetitive stretches of loop development. In “Wharf Rat,” this leads to a moment in which four guitars appear simultaneously, in four takes, initially expecting to use just one, but liking the intersection of all four.

For this collection, David has chosen songs whose lyrics and melodies he has explored deeply and inhabited in performance. “Songs I cover from the Dead or other artists tend to tell a piece of my own story. It might just be one line or part of a line in a song that resonates in my own little atomic structure, and I don’t always recognize the connection at first. But eventually I find the resonances. I do the songs that I feel are appropriate for me,” says Gans, “and I’ve adapted them to my own style. I’ve changed the key, changed the phrasing or the groove.”

Over the decades, the Grateful Dead have inspired a lot of cover bands, impersonators, and even reenactors capable of recreating specific renditions in precise detail; Gans is doing something different. He has taken from the Dead their approach to music itself, making it live again but in a different realm–one populated by Gans’ own lyrical landscape– “taking it for a walk in the woods” (as Dead guitarist Bob Weir puts it), and making each performance fresh and unique.

Without any urge to duplicate, and no desire to be thought of as the “next Jerry”, Gans is mostly doing what he loves best: playing music and having a ball. “Playing this music is incredibly fun. I’ve always enjoyed getting together with people and jamming, and if you’re into it, this music is deeply enjoyable music to play.

You see and hear this in David’s approach to his own original material as well, and when he returns to these timeless gems from the Dead’s repertoire, the tradition winds on a sort of recursive, fractal, moebius-strip dimension; remaking the old and familiar into something new, fresh, and… familiar. It’s terrapins all the way down!

David brings a unique mix of experiences to this project. Most Deadheads first discovered Gans through his radio show or his writing, but music has always been central, the constant drumbeat organizing his many hats, with the Dead’s music specifically woven through much of it and mingling with his own.
None of this was planned. David never set out to become a professional Deadhead or a DJ. Another page he took from the Grateful Dead book was this model of improvising your own life, and staying open to a serendipitous build-up of events and circumstances that led David on his path.

This is also David’s way of celebrating the ever morphing and shifting cultural legacy of the Dead. Each generation experiences the music differently, but draws from the same cultural pool… telling and retelling of the stories, and David Gans is a master storyteller. 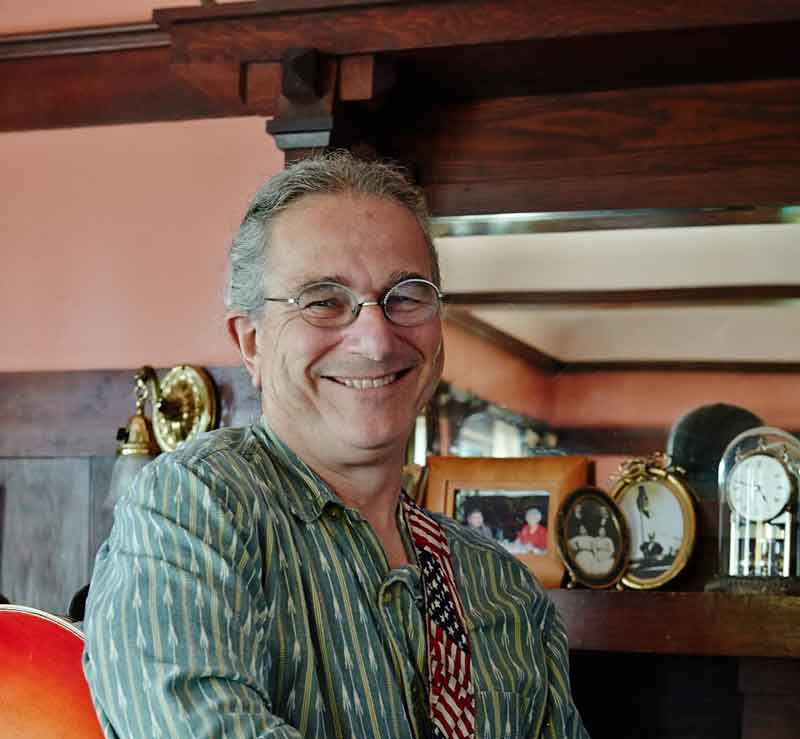 “David Gans has a wonderful way of getting to the emotional center of Grateful Dead songs. He has very much his own twist on these world treasures and yet pays proper homage to the elements that made them great.” — Jeff Mattson, Dark Star Orchestra