Hailing from North Lake Tahoe, California, Dead Winter Carpenters have built a reputation for pouring their heart and soul into each song, with their progressive nature shining through loud and clear as they blend acoustic and electric sounds. They are excited they they will be releasing a new single this spring for their original song, “Roller Coaster,” which features Jackie Greene as a special guest on Hammond B3 Organ. They also have a video slated to come out which features scenes from Santa Cruz Beach Boardwalk and the band’s recording session of the album.Greene says, “Dead Winter Carpenters are one of the finest roots-rock groups working today. It was such a pleasure to get to play on this cut!”“Roller Coaster” was written by Jesse Dunn, who also sings lead and plays acoustic guitar. Jenni Charles (co-founder of the band along with Dunn) shows off her impassioned fiddle playing and sings the harmonies which the band is well known for. Nick Swimley blazes in on Telecaster, Brendan Smith and Dave Lockhart hold the beat down on drums and bass, while Greene seasons the tune with his distinctive B3, all adding to the rock and roll flavor of the song.“Everything about this life is temporary,” says Dunn. “As the days roll by, more obstacles are thrown our way. ‘Roller Coaster’ is about these daily battles that we all face while doing our best to remain hopeful, live with intention, and be good to those we love.”“Roller Coaster” was recorded by Kevin Bosley and Zak Girdis at Prairie Sun Recording, a GRAMMY winning studio known for classic analog recording in a rural setting based of Sonoma County wine country of California. The track was mixed by Matt Wright and Zak Girdis and mastered by John Cuniberti.The band’s catalogue includes the group’s 2016 release, Washoe, of which Good Times’ writes, “Dead Winter Carpenters introduce more indie rock to their saloon sound. The album sees the band evolving and growing, but staying true to their high-energy, mountain music roots.” Other studio projects are their self-titled debut in 2010, Ain’t It Strange in 2012, the much-acclaimed 2014 EP, Dirt Nap, of which No Depression says, “Each track tells a story, just as each instrument and voice coalesces into the band’s rich and textured sound.”Reminiscent of genre-benders like Jack White, Chris Thile, and Sam Bush, Dead Winter Carpenters harmoniously fuses refined musical ability with a scarcely restrained tendency to let it all hang out. The result is a controlled burn, a riveting sound, and a connection with fans that sells out shows and has the band sharing stages with the likes of Jason Isbell, Greensky Bluegrass, and Hard Working Americans.A steadily touring band since forming in 2010, Dead Winter Carpenters has entertained growing crowds at notable festivals including Harvest Music Festival (AR.), High Sierra Music Festival and Strawberry Music Festival (CA), WinterWonderGrass (CA & CO), DelFest (MD), Northwest String Summit (OR), John Hartford Memorial Fest (IN), Salmonfest (AK), and more.Dead Winter Carpenters is a band with the ambition, talent, and authenticity. Look for them to continue to delight – and invite – fans from many music camps. Ride the roller coaster… 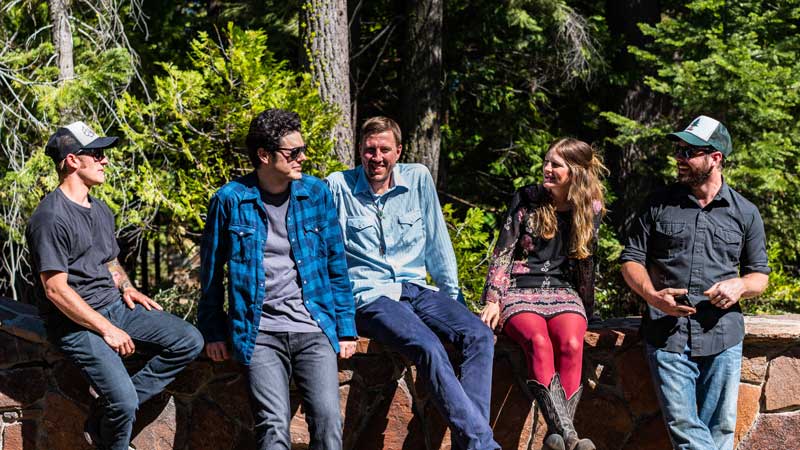