BLOOMINGTON, IL —  “The story of my life’s written on my skin,” sings Edward David Anderson on the devilishly sardonic “Bad Tattoos” from his soon to be released Chasing Butterflies (Black Dirt Records – Oct. 19, 2018). The song, like the artist, is brutally honest and has a worn feel; like it’s coming from someone that has been around and put in the miles. “I don’t think I could have written these tunes when I was 25,” Anderson explains. “Everything I’ve done, the people I’ve met, all the places I’ve been, have brought me to this moment.”

The gifted songwriter and multi-instrumentalist, who spent a decade fronting the revered Midwest rock band Backyard Tire Fire, broke away and released his ambitious debut Lies & Wishes in 2014. The album was lauded “a superb solo effort” by No Depression and David Dye (NPR World Cafe) praised the follow-up Lower Alabama: The Loxley Sessions as “a wonderfully soulful record.”

Both releases were significant steps forward for EDA, but on Chasing Butterflies there is a feeling of arrival. Absorbing and learning and growing through life experience has clearly refined his ability to write about the human condition. In “The Best Part,” he sings to his wife “You help me to understand/you make me a better man/I’m gonna do the best I can/to love you,” and you believe him. This kind of sincerity and honesty along with a candidly dry sense of humor recur throughout the album.

It was through a tip from a friend that Anderson connected with GRAMMY Award winner Jimmy Nutt (SteelDrivers) from the iconic Shoals region of north Alabama. During their first conversation it was clear the two had a natural rapport and he quickly set a course for Jimmy’s NuttHouse Recording Studio in Sheffield. Diverging from past albums EDA used local session musicians for his backing band. “I felt the way to get the most authentic Shoals sound was to play with people who live and work there,” he said. Nutt played bass and brought in Jon Davis (Dylan LeBlanc) on drums, Brad Kuhn on keys, Todd Beene (Lucero) on pedal steel and Kimi Samson on violin, and the chemistry was instant.

The core of the 10-track album was cut live in just a few short days with minimal overdubbing, making it feel both cohesive and human. “We brought in strings on a few and pedal steel on one, but didn’t want to get too carried away,” Anderson recalls. The result is a stunningly sublime, less-is-more snapshot of a writer in his prime.

The songs on Chasing Butterflies are as diverse as they are hooky. As thought-provoking as they are heartbreaking. They are simple yet complex and were thoughtfully produced and recorded. From the hopeful opening lyric, “It’s a beautiful thing/when two people sing/in harmony,” to the haunting title track’s “There’s a restlessness I guess/I’m uneasy I confess,” EDA takes you on a vast & colorful musical journey. You get the feeling he’s lived these songs. That the sleepless nights, the long drives, and the never ending search fuel the fire that keeps Edward David Anderson out there Chasing Butterflies.

“EDA has always been one of my favorite songwriters and singers, and on this record he has beautifully managed to capture the elusive dichotomy that is the American South- a combination of mystery, darkness and relaxed geniality. Great album.” –Steve Berlin (Los Lobos)

“Ed has the rare ability to open his soul and unfold his stories in a natural style that is simultaneously guileless and universal, a direct hit to the heart.” –Johnny Hickman (Cracker)

“An artist to the bone who is raw, open, gritty…a portal into the human condition.” –Seth Walker 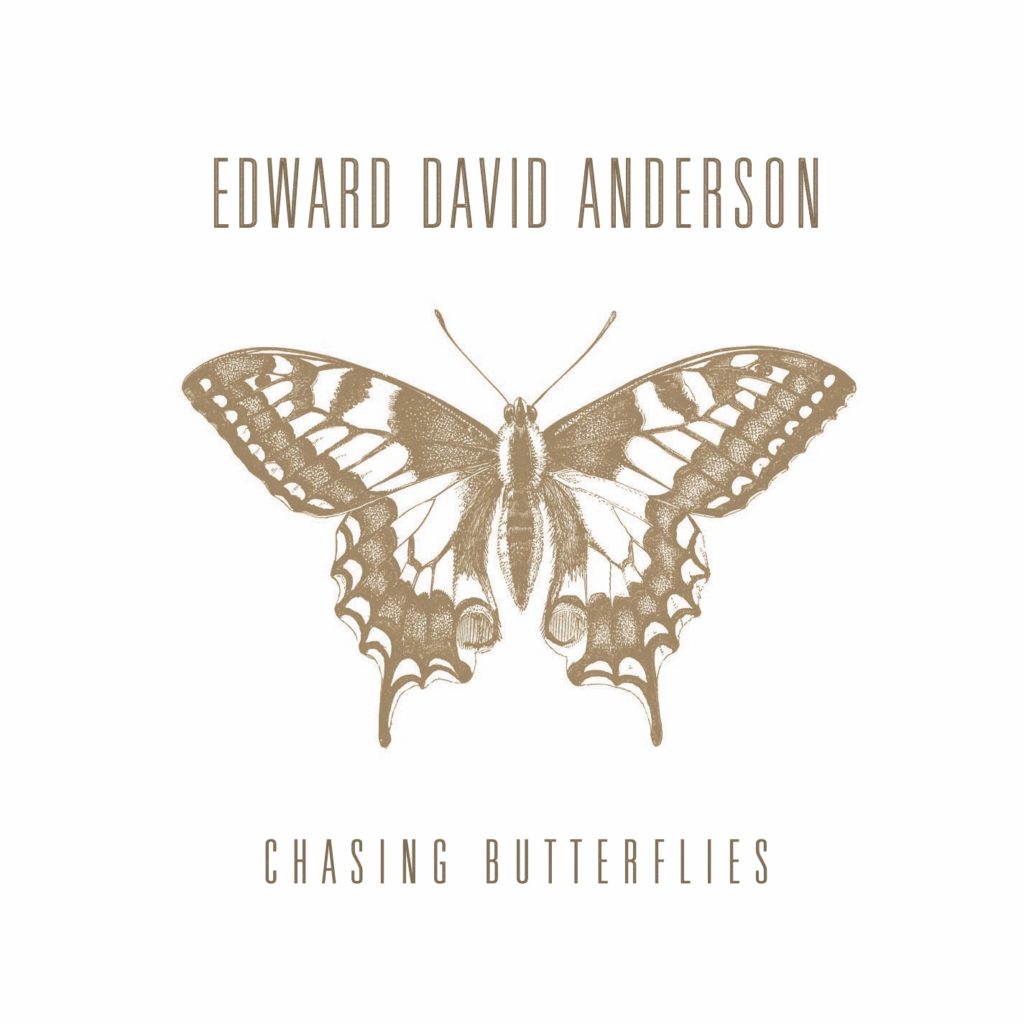 Chasing Butterflies was recorded at the Nutt House in Muscle Shoals with a fantastic backing band including Lucero’s Todd Beene on pedal steel and Jon Davis (Dylan LeBlanc) on drums. Steve Berlin (Los Lobos) calls the album, “a combination of mystery, darkness and relaxed geniality.”