Joseph LeMay’s ‘Seventeen Acres’ was Crafted in an Abandoned Singlewide

Joseph LeMay has been receiving many accolades since the independent release of his debut album Seventeen Acres on May 20th, 2014. Although a newcomer to the scene, LeMay has been developing his voice as a songwriter and producer for several years, observing and working with his longtime mentor and veteran producer, Charlie Peacock (The Civil Wars, Brett Dennen, Switchfoot, The Lone Bellow). LeMay’s ability to tastefully wear the hats of both artist and producer is what makes his Seventeen Acres stand out as an album of note.

LeMay has been named as one of the 25 finalists by American Songwriter for American Songspace’s Secret Road Pub Deal songwriting competition. CMT Edge recently premiered a video of “Redwing” performed live inside the trailer in which the album came to be, a song which CMT Edge’s Chris Parton calls a “careful, patiently swelling track.”

PopDose’s Keith Creighton says of Seventeen Acres, “Rarely has an album by a complete unknown hit me like a ton of bricks the way Joseph LeMay’s stunning debut has…The music is a stellar debut from an insanely promising artist… Seventeen Acres’ appeal extends way beyond the boundaries of the current Americana boom. Fans of Crowded House, Tom Petty, Iron & Wine, Paul Simon and countless others will welcome the tales of this gifted storyteller.”

“It is a love story of ‘two old teenagers’ told over a dusty arrangement… LeMay hits both notes & emotional buttons in his delivery,” writes Danny McCloskey of The Alternate Root. “His vocals have a tone a little like Jim James, particularly on ‘Fruit on the Vine’. Both singers offer a barely disguised falsetto that seems to always be hinting that it could break free.”

The story of Seventeen Acres began unfolding when LeMay and his new bride, Molly, packed up their belongings and moved out of the hustle of Nashville and into a singlewide trailer in West Tennessee on her grandfather’s hand-me-down 17 acre farm. They patched up the old trailer, cleared the grass that had grown up through the cracks on the floors, freed the space of copperheads and spiders, and sorted through decades of stacked boxes filled with old family memories.

Joseph found himself in a drastically new season of life. He was a married man, alone in the woods, between two towns you’ve never heard of. With little to do but reflect and work on his craft, LeMay’s new life and songwriting began to grow alongside one another. They tangled to form the tapestry of reflection, prophecy, and fulfillment that became Seventeen Acres.

“It’s like sitting under a magnifying glass,” says LeMay of the isolation of rural Tennessee. “Writing this record, I was constantly alone and in a period of self-doubt. I was worried I wouldn’t measure up as a new husband and as a songwriter, more or less thrown out in the wilderness.”

“His music embodies the story-teller tradition of country/roots music,” notes American Songwriter. “His sound harkens back to a calmer, peaceful era and creates a timelessness that makes it easy to engage the listener.”

“Music fulfills a need,” says LeMay. “It’s communicating across mediums. We don’t just want words. It’s the color and the canvas. The cadence and the lyric.” It’s with a balanced grasp of bare truth and pursuit of grace that LeMay channels this primal need in the desolation of his Seventeen Acres. 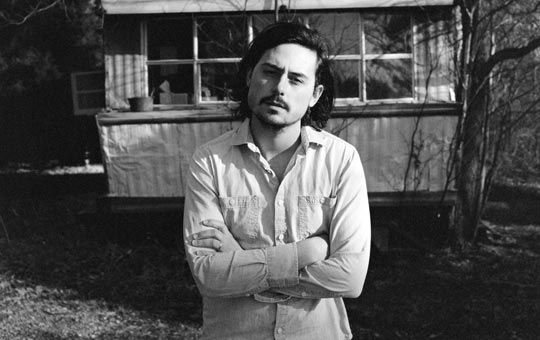 On Seventeen Acres, Rolling Stone writes: “LeMay has crafted one of the best Americana albums of the year.”

“Joseph LeMay has become one of my favorite new performers. When listening to his debut album Seventeen Acres I hear a world of influence, many of them likely imagined: Mumford & Sons, Bon Iver (with whom LeMay shares a penchant of secluded recording situations), Tom Petty, and ’80s Dylan.” — Fervor Coulee, Donald Teplyske

“…Joseph LeMay has hand-crafted something beautiful…and he has to take care of it…This takes perseverance, nerves of iron, commitment and doesn’t come without built-in desperation and fear. The songs he writes, produces and sings…are rooted in his own experience. They’re true. And that makes them more profound than if they came whole-cloth out of his imagination. He’s an arresting singer too and once you get caught up with how much of a trap life could be—with the advice that it’s up to all of us to rise up and out—the songs start to come alive in your mind, especially with repeated listenings. Remember all those “new-Dylan” tags put on artists as far-ranging as Springsteen, Donovan, Wainwright III and Ochs? Let’s do it again! Joseph LeMay is the Dylan Of The Farm.” — Aquarian Weekly’s Rant and Roll, Mike Greenblatt

“This guy came out of nowhere as far as I can tell, but this album is good enough to have writers all over putting it on their lists as an album of worth. I could say that he is a singer/songwriter but the music is so good it sets itself apart. I mean, this guy can write! …He is going to be big even in this era of struggling musicians. And I wish I could say that I was the first to tell you, but his train is gaining steam as I write. This album is a step above.” — Frank Gutch Jr, Bob Segarini Blog

“Joseph knows what he wants to say and how to say it and he captures those natural abilities very well as he sits behind the board in the production chair. The subtleties are given front row seats; the slight ticking from the pick hitting nylon acoustic guitar strings and the between note breaths caught in the vocals.” — The Alternate Root, Danny McCloskey