Added to the raw sophistication of Keel’s progressive acoustic style are several guest-musician-friends who appear on various tracks of Experienced, a list of artists that reads like a ‘Who’s Who’ of icons and new stars including Sam Bush, Del McCoury,Peter Rowan, Keller Williams, Jason Carter (The Del McCoury Band), Mike Guggino (Steep Canyon Rangers), and Anders Beck (Greensky Bluegrass). According to Larry, “This project is a collection of my songs and Will Lee’s music, developed further with the amazing talents of some of our musician friends and heroes. Very real. Very fresh.”

The seven tracks on Experienced reflect Keel’s musical personality, from frenzied and raunchy to mystical and sensitive, and through it all, Keel’s honest attitude shines, fearlessly and with throttle wide-open. As Sam Bush (who plays mandolin and fiddle on the fiery opening track “Ripchord”) says, ‘Enjoy the music… Larry does!” “‘Lil Miss” follows up with a cynical gibe at a mock Miss Prim and not-so-proper young lady of modern day society, set to a down and dirty blues-rock riff.

“Memories” (co-written by Larry and Jenny) is the portrait of the artist (Keel) gently swept away by life’s vast gallery of experiences and personal connections, and the poignant emotions that spring from it all. As the third track, it cools down the pace of things, letting the listener settle into the musical journey Keel has orchestrated.

“Larry Keel is a triple threat… songwriter, guitar player, entertainer. He can do it all,” says Del McCoury, who is featured on the playful and rollicking “‘Fill em Up Again” along with Carter and Guggino. “I think what makes Larry so powerful is that he has lived his songs, he’s not sitting in a room trying to write the hit of the week, he’s writing what’s in his heart and on his mind.”

“I love me some Keels. There is a certain genuine authenticity that Larry and Jenny possess,” says Keller Williams.“When we get together, our wonder-powers unite to form a giant, impenetrable sphere of open-minded, Appalachian psychedelic goodness.” Appropriately, Keller plays on the swelling and rolling “Miles and Miles,” which is a sort of metaphoric travel log of life on the road as a musician (and as a human being)… the key being to stay true to one’s own ‘voice’.

“The Warrior” is loosely based on the Carlos Castaneda book The Teachings of Don Juan and the search for knowledge by an old Yaqui Indian brujo. Peter Rowan joins on percussion instruments, yodeling and throat singing, adding a burning tension to the music, as the tale is sung in Keel’s gravely baritone. “The warrior is seeking the power… Standing tall he will never cower… He can see the spirits in the air… He can see the things that are not there.” The musicianship, lyrics and magical production combine to bring the listener down into the depths of the mystics and back out again in revelation.

Following “The Warrior,” the album’s gentle and refreshing closing melody, “Another Summer Day,” emits the feeling of resurfacing into the world, relaxed and carefree to enjoy the daylight and breeze.  The tune was written and sung by Will Lee, with Anders Beck lending his intuitive touch on dobro and Jeff Covert carrying it along with a light drum beat.

“Larry is the yin and the yang,” declares Beck. “He will break your heart with a waltz, but he can also scare the hello out of you in the next song.  He plays on the edge… no, strike that.. he creates genius guitar solos while staring over the edge and laughing maniacally.”

“This studio album was a complete blast to make, from start to finish,” says Jenny Keel. “Larry, Will and I, along with our exceptional engineer Jeff Covert coalesce into a working musical unit that push each other to higher and higher heights of magic, skill, art and energy.  Add to that this cast of guests with all THEIR unique talents, and you have a recording that is pure enjoyment. Every detail of it!”

Throughout his prolific career, Keel has released 15 albums, including Experienced, and is featured on 10 others. Along with those that guest on the new album, Keel has performed with a multitude of top acoustic and electric musicians alive, and some now gone, including Vassar Clements, John Hartford, Tony Rice, Bill Monroe, Bob Weir, Jorma Kaukonen, Little Feat, Trombone Shorty, Railroad Earth, Leftover Salmon and many many others. Larry has written songs being performed by the likes of Del McCoury Band, Infamous Stringdusters and Yonder Mountain String Band and has a tune on Del McCoury’s GRAMMY-winning album The Company We Keep [2005] entitled ‘The Mountain Song.’ 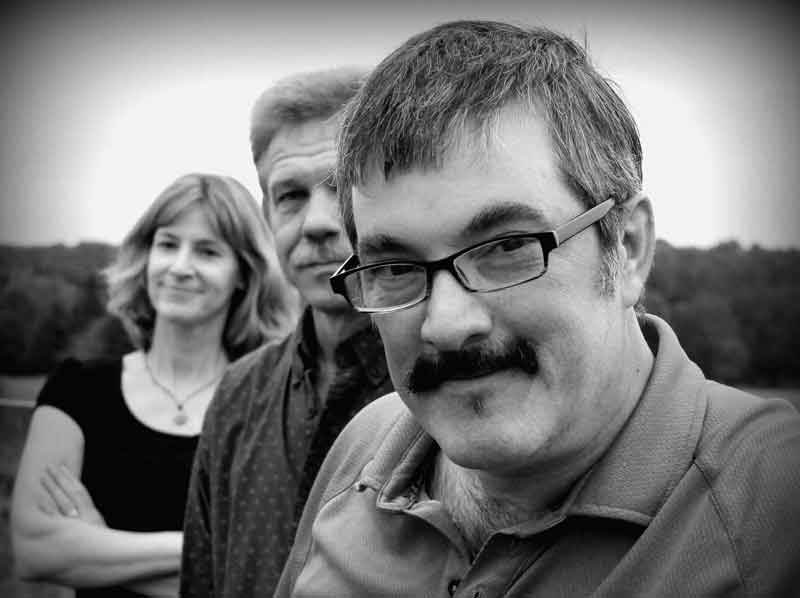