Described by Steve Martin as “an absolutely joyous, riveting, beautifully syncopated example of the beauty of the banjo,” Ned Luberecki’s new album, Take Five, demonstrates he is a master of his instrument, adept in multiple styles. Recorded at The Rec Room, Ben Surratt’s studio in East Nashville, Take Five will be independently released on March 31, 2017. Self produced, the 14-track album is a mix of originals and covers and clocks in at just under 45 minutes.

As banjo player for the award winning Becky Buller Band; one half of the duo Nedski & Mojo, and host of Sirius XM Bluegrass Junction’s Derailed and More Banjo Sunday, Ned is known not only for his banjo prowess, but for his wit and humor. Respected as both a traditional and progressive player, Ned toured extensively in the United States and Europe as a member of Chris Jones and The Night Drivers for over a decade before joining the Becky Buller Band. He’s also been a member of Paul Adkins and the Borderline Band, the Rarely Herd, and Larry Cordle & Lonesome Standard Time, and has appeared with such artists as Jim Lauderdale, Tony Trischka, and Ray Stevens.

Take Five is stacked with a remarkable lineup of guest musicians including Missy Raines and the New Hip, Jeremy Garrett of The Infamous Stringdusters, Becky Buller, The Helen Highwater Stringband (Mike Compton, David Grier, Missy Raines, and Shad Cobb), Chris Jones and the Night Drivers, Dale Ann Bradley, and Amanda Smith. Also appearing on the album, Stephen Mougin, guitarist of Sam Bush Band and the other half of Nedski & Mojo, calls it “a sonic glimpse inside the mind of Nedski.” He goes on, “It showcases Ned’s brilliant banjo skills in a diverse range of material, from old-time to bluegrass to jazz and beyond. Way beyond!”

Tony Trischka weighs in on the album, “At one point, the Siriusly radio-ready voice of Ned envelops us as we prepare to go where no man has gone before. If you love Ned’s ‘Cabin of Death’ – and who doesn’t –  you’re sure to embrace the traditional banjo/fiddle duet on the iconic Star Trek theme. At other times, his rocket–jockey, warp-speed, banjoistic chops propel ‘Adams County Breakdown’ and his own ‘Night Driver’ with impeccable timing. My personal favorite is ‘Cleveland Park”, less of a barn burner, but possessed of a gentle, Celtic beauty. There are several stops for jazzy sojourns as Ned and company employ bluegrass instruments to bring a fresh and welcome outlook to Jobim, Monk and Brubeck. Speaking of 5/4 time, Ned gives ‘Take 5’ a run for it’s money with his ear-worm catchy ‘Earl’s Court’.”

Ned’s interest in the banjo was spurred at the age of thirteen. He asked for a banjo for Christmas, and when one of his other Christmas gifts was a couple of Steve Martin comedy albums, Ned found himself paying more attention to Steve’s banjo playing than to the comedy. The classic Foggy Mountain Banjo was his first foray into the iconic Scruggs style, and while he loved the classic sounds of Earl Scruggs, J.D. Crowe, and Sonny Osborne, somewhere along the way he discovered Tony Trischka, who would become one of his “all-time favorite musicians ever. Bar none.” This discovery—the progressive style of banjo—led Ned to delve into music from Trischka, Alan Munde, Béla Fleck, and their contemporaries. Sam Bush and New Grass Revival were his version of Lennon and the Beatles: transformative and eye opening.

Artists and bands outside of bluegrass influenced his developing musical voice as well. He carries on the banjo tradition of emulating and mimicking guitar licks in his own way, borrowing vocabulary from his favorite players Eddie Van Halen and Stevie Ray Vaughn. Avant-garde bluegrass artists David Grisman and Tony Rice introduced him to jazz greats such as Oscar Peterson and Dave Brubeck. With such a varied musical taste and background, it’s no surprise most fans and banjo aficionados would tell you Ned’s style is perfectly his own – a harlequin combination of the diverse artists, musicians, and genres he’s ingested.

Take Five is a reflection of Ned’s musical diversity, presenting fiddle and banjo tunes, instrumentals, and traditional bluegrass interspersed with jazz standards, classic Buck Owens, and even the theme to Star Trek. Many of Ned’s musical friends from all walks of bluegrass make appearances, making Take Five a sort of retrospective and reminding us that however we know Ned Luberecki – sideman, teacher, on-air radio personality – it all springs from his first love, the banjo.

*(Before You Go, Let The World Keep On Turnin’) 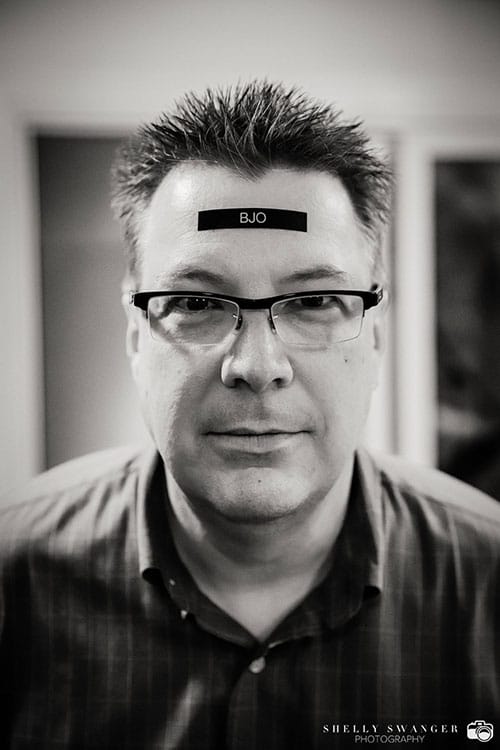