FORT MYERS, FL — Songwriter and multi-instrumentalist Roy Schneider has been touring and performing full-time with musical partner Kim Mayfield since 2008. The duo is slowly working toward a new band name, with a collection of original songs on what will become an eponymous title, Reckless Saints. Slated to be released November 2, the 11-track album features songs by both Schneider and Mayfield, as well as a gritty cover of Blaze Foley’s “Election Day,” which features Gurf Morlix on lead guitar and contributing vocals.

Along with Morlix, Reckless Saints features other specials guests including some stellar harmonica by GRAMMY-winner and Country Music Hall-of-Famer, Charlie McCoy, and great bass lines from Freebo [Bonnie Raitt] on the song “Walkin’ on a Wire.” Freebo also plays bass on the energetic kickoff for the record, “Jump In,” a fast-paced “day-in-the-life” of the duo as full-time traveling musicians.

“This truly is a wonderful record. It is one of the finest singer/songwriter records to come across my mastering desk in a long time!” says esteemed producer, songwriter, and engineer, Mark Hallman [Carole King, Ani DiFranco and Eliza Gilkyson]. Self-produced, Reckless Saints was mostly recorded at Schneider’s studio, Shiny Gnu Records, in Fort Myers, FL.

Roy began playing and writing songs as a seventeen year old while recovering from a horrific, year-long incarceration in 1985 at the now defunct Straight, Inc. “No freedom, no dignity and no way to contact anyone, nobody even knows where you are,” says Schneider, “I didn’t talk about my experience at Straight for 30 years, I’m ready now.”

“Angels Along the Road” tells the true story of his hard-knock survival following a challenging escape from a year of institutional confinement and attempted psychological reprogramming, under the guise of drug rehabilitation. Schneider, who became a touring Deadhead in the late 80s/early 90s, says the song was “written as a thank-you card for some very kind people who took a risk to help a well-intended, aimless waif find some direction.”

The experience has influenced his songwriting in surprising ways, resulting in a generally positive outlook in his lyrics, and gratitude for those who gave him shelter or other support after his escape from the facility. He’s been honing his craft ever since, and was making his living playing music when he met Kim Mayfield in 2003. Kim brought harmony vocals, and accompaniment on rhythm guitar, mandolin, and keyboard, as well as the idea to take the music on the road.

On Reckless Saints, Mayfield takes the lead on vocals on the haunting and contemplative “If I Die Tomorrow” and her harmonies with Schneider on “Poison Arrow” tug on the listeners heartstrings. Mayfield also sings lead on the two songs that she penned: the pensive ballad “Ring Around The Moon” and “Buddha Baby,” the story of her adopted baby boy… “ Siberia is harsh and cold… You won’t remember it I’m told… We both know the place we call home… It’s deep inside us wherever we roam.”

Other tracks on the album include the Dylan-inspired, “Subjugated Love,” which is a fun little ditty about love gone wrong, “Runaway Train,” a song that addresses the frustrations and lack of peace of mind resulting from living in a society that – were it a train – might appear to be running rapidly off the rails without a knowledgeable engineer, and “After The Storm,” written in the aftermath of hurricane Irma in September 2017, amidst downed trees and debris, flooding, unbearable heat and humidity, no power, mobs of the unprepared getting cranky and scary… touching on the coming-together of neighbors and friends in challenging times.

In their ten years of touring, the duo has played in 40 states, Canada, England, Belgium, and The Netherlands at hundreds of venues and festivals including 30A Songwriters Festival, Telluride Blues & Brews, the Kerrville Folk Festival’s New Folk competition, Nashville’s Bluebird Café, and Roy’s appearance on NBC’s The Voice in 2013. Prior to 2008, Schneider wrote and drew a syndicated comic strip that ran for over 3 years in newspapers (still in reruns on Comics.com), as well as working a corporate job in the 1990’s designing Happy Meal toys. Music, though, remains his true calling.

Schneider has raised over $20k through fan funding to produce and successfully promote his most recent albums (which also featured Mayfield): 2012’s Walls That Talk and 2015’s Ten From the Pen. Both received generous airplay and accolades from respected reviewers including No Depression calling him, “a singer-songwriter in the grandest tradition of Steve Earle, Lucinda Williams, Guy Clark and Lyle Lovett… His gift for blending Southern-influenced folk, blues, country, and rock into a seamless genre with his own signature sound demonstrates his connection to the best in the tradition of fine wake-me-up and kick-me-in-the-ass roots music”. The UK’s Maverick magazine wrote, “Sometimes he sounds like he’s auditioning for Little Feat (he’d get in, too), sometimes he’s light and jazzy and sometimes he’s a proper acoustic rocker. All the time he’s interesting, with the changes of pace keeping the listener on their toes…”

Schneider and Mayfield are excited to bring Reckless Saints into the world… Jump In and hang on! 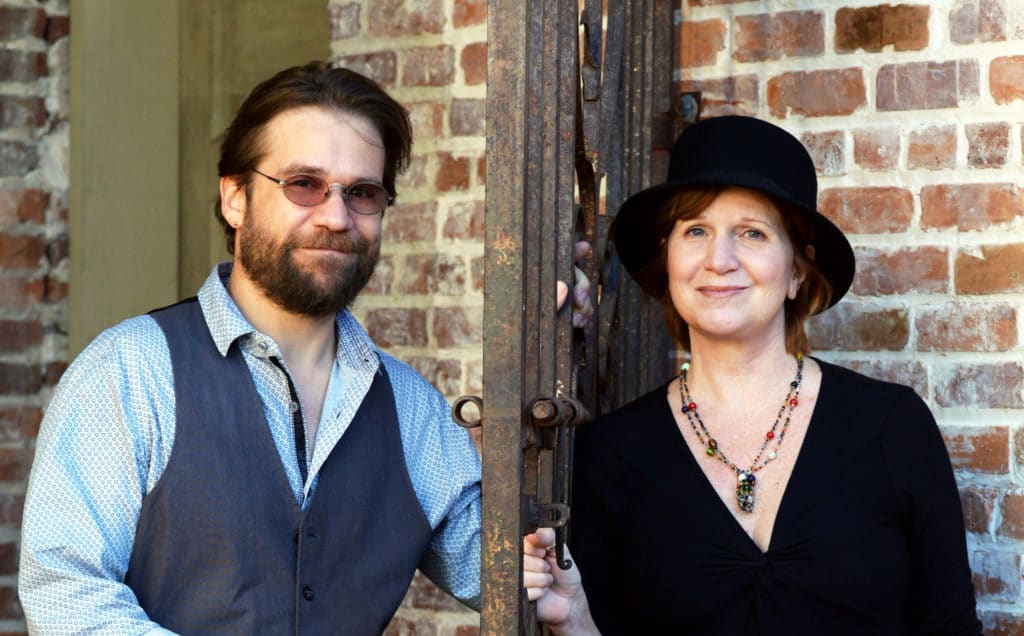