Sam Lewis is connecting the dots. Whether crossing genres or state lines, he has pieced together a story people need to hear. His self-titled debut, which releases March 13th, pulls together some of Nashville’s most seasoned musicians, who have helped put the breath into a body of songs that are as straight-forward and captivating as the man who sings them.

Five years of constant writing, performing and touring have become the nexus of Lewis’ self-titled debut. Along with co-producer Matt Urmy, Sam has woven ten songs into a conversation, between himself, the band, and his listeners. Urmy, himself an accomplished singer/songwriter, assembled a group made up of Nashville’s top session and touring players, including guitarist Kenny Vaughan, keyboard player Reggie Bradley Smith, Derek Mixon on drums and bass player Dave Jacques. “It was amazing”, says Lewis, “because I had never played these songs with anybody before, and especially with those type of guys: professional, but also really seasoned musicianship.” Making a surprise appearance on the album is soul chanteuse Jonell Mosser, providing backing vocals on “I’m A River”.

Kicking off with the thick groove of “The Cross I Wear”, every track strikes a balance between light and dark, from the push/pull of Smith and Vaughan, to the way Lewis’ voice melts over the top of the band. “I just fell in love with his music; his delivery and his whole thing,” says Vaughan. “I thought, ‘Man, this guy has really got it going on’, which is very unusual for hardened, grim professionals like us to be impressed by somebody like that. It’s one-in-a-million. It hardly ever happens.”

The combination of Mosser’s and Lewis’ vocals bring “I’m a River” to an almost spiritual level. Every word on the album is a product of Lewis’ careful attention to detail, whether it be the fictional “Bluesday Night” or the autobiographical “Southern Greek Tragedy”. According to Steve Wildsmith, of The Daily Times, Lewis’ writing “conveys the weight of a heavy heart with well-turned phrases and searing images usually reserved for such luminaries as John Prine” that “sets him down a path well worn by contemporaries like Guy Clark and John Hiatt.” He is able to tell the story with only the necessary lyrics, leaving the rest to nuance, and the listeners own discretion.

Recording began in March of 2010, at Eric Fritsch’s Eastwood Studio, in Nashville, TN, with a final day of tracking scheduled for January of 2011. Once complete, it was put into the hands of two-time Grammy nominee engineer Brandon Bell, who mixed everything together. Following a December 2011 appearance on Nashville’s Music City Roots, Craig Havighurst noted, “Beyond the honeyed voice and sparking band (guitar hero Kenny Vaughan included), Sam stood out for his songs, which had that been-here-forever quality. It’s no wonder this guy’s generating buzz… He sings a little like Van Morrison, making it Americana with a groovy twist. Welcome to Nashville. More of this please.”

Music was one of the few constants in Sam’s life. His family never stayed anywhere for long, which meant that friendships were forged between himself and the music he absorbed, from Roy Orbison to Van Morrison to Willie Nelson. The influence of Ray Charles can be felt from the first note to the last beat, making Sam’s debut a complimentary companion to Charles’ own, two-volume Modern Sounds in Country and Western Music. Leaving home as soon as the opportunity arrived, Sam landed in Knoxville, and later Nashville.

Sam has spent hours, in fact years, collecting and arranging the relationships and experiences he has forged. To the average person, they seem like an amalgamation of time and happenstance, but to him, they are the moral of the story. “I never once felt, in this whole process that someone just kind of pointed. No one took me by the hand, but almost every single one of these connections were very personal. I was introduced to these people that helped make this record. These are gonna be people that I’m going to know the rest of my life.” Lewis has drawn us a clear picture of where he’s going, and thankfully, he has invited us along for the ride. ~ Bio written by Samantha Harlow. 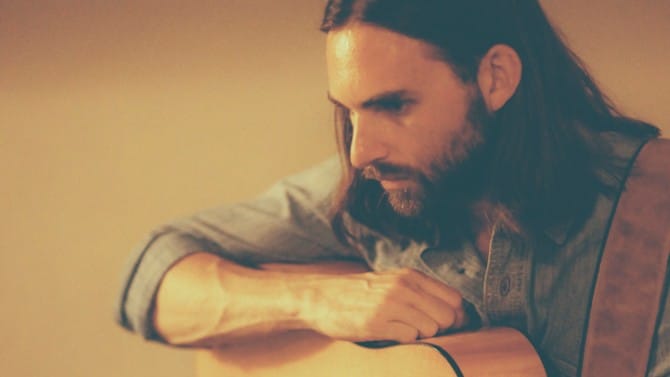 No Depression writes: “Sam Lewis is a hard act to follow. On his sophomore effort, Waiting On You, he’s outdone himself. For his eponymous 2012 debut, Lewis’s country roots were packed with Al Green-style soul. His latest is still soaked with soul, but more in a wistful, Van Morrison mode.”