Get swept away by Swift Silver’s big river of sound with their self-titled debut album due out June 4. Swift Silver marks a meaningful milestone for Southern songwriters Anna Kline and John Looney as a 180° (re)turn to their musical roots: the drawling tremolo of rhythm and blues, the redemptive strains of Southern gospel, and the twang of the rural soul.

From the moment the listener presses play; from the mid-tempo album opener to the last track fade, Swift Silver celebrates the tenets of Southern sound. This is a collection of songs cultivated in the dim lights of listening rooms and local jams, regional festivals and side street bars, as well as alone in the woodshed or crafted as an ensemble.

Kline’s vocal performances—on both lead and harmony—display an astonishing range of versatility and skill, her voice flows as smooth as a rippling river current. Looney gives a masterful performance on lead guitar, not only displaying his expertise as an integral sideman but also as a talented arranger, showcasing a finely-tuned ear for nuance and groove. Together, they drive the contagious electric surge of sound that is Swift Silver.

“This album speaks to the path we tread,” says Kline. It is lyrically insightful, eloquent—and timely when examined through the lens of current events. “These songs help us navigate lingering questions we daily seek to answer, they pulsate with discovery, and melodically confess the hunger to right a few wrongs.”

Anna and John’s collaboration spans ten years of exploring the great expanse of the American songbook—touring, conspiring, songwriting—fused together by the Mississippi heat, molded in the mountain air of Western North Carolina, and flung free in the hills of Kentucky bluegrass.

Swift Silver was recorded at Fat Baby Studios in the mountains of eastern Kentucky, enlisting the help of brothers Kenny Miles and Hayden Miles (of Wayne Graham). Kenny and Hayden not only comprised the album band—adding bass lines, keys and organ fills, as well as a few harmonies— Kenny was also at the helm as engineer and co-producer. The album includes 8 original songs and an alluring cover of Carter Stanley’s “The Fields Have Turned Brown,” a purposeful nod to their lives as bluegrass musicians with some mighty powerful harmonies.

Swift Silver has an unmistakable sound conjured from an intense musical intimacy and this new album embodies a new era of Southern rock and soul.

For the majority of their band life, Anna and John were known as the bluegrass duo, Grits & Soul

With a history of major festivals and appearances under their belt—MerleFest, Bristol Rhythm and Roots, Suwannee Springfest & Magnolia Fest, Countryfest in Belgium —and a performance on Bizarre Foods with Andrew Zimmern—the time came where they felt led to explore new (and old) musical space. Thus, Swift Silver was born.

“As collaborators and a couple, it’s all we’ve ever known. 2021 marks 10 years playing music and songwriting together.” Anna says, “We wrote our first few songs together and the course of our lives changed forever.”

Anna comes from a line of several generations worth of musicians, singers, and artists. She grew up in Hernando, a small town between Memphis and the Mississippi Delta, and is a writer of both songs and Southern culture content. From Memphis Soul to Muscle Shoals and working in licensing at Malaco Records, her roots ring clear in her songwriting as well as her capabilities as a vocalist.

DeSoto Magazine says, “[Anna’s] voice is a marvel—powerful and expressive—with a keening, gorgeous vibrato that brings forth images of a displaced Depression-era farmer’s wife, mourning the loss of her land to the dust.”

John was born in the mountains of Southwest Virginia and raised in Mt. Sterling, Kentucky. He is a sought-after multi-instrumentalist (John R. Miller  & The Engine Lights, Wayne Graham) whose accompaniment on mandolin or guitar gives each song personality and a distinct groove. Drawing from the varied influences of his mountain music heritage, blues, and the diversity of the American songbook, John’s contributions—in both live performances and on recordings—are ear candy.

The pair met in Jackson, MS, in 2011 and wrote their first couple of songs together. The following year they decided to move to Asheville to play music full time before returning to Mt. Sterling Kentucky in 2016.

“As songwriters, we have that compulsion to write and play the music that we want to hear, to reflect our experiences and point of views and to try and understand the human experience.” Anna says, “There’s that inner whisper, that push in the gut to make music, to play, learn and collaborate with others, to develop our ideas and our musicianship, to explore song structure, and see what comes of opening up and channeling those influences. We appreciate being given the insight and ability to express ourselves in a musical way, to give voice to questions and longings that connect with each other and to share that with audiences.” 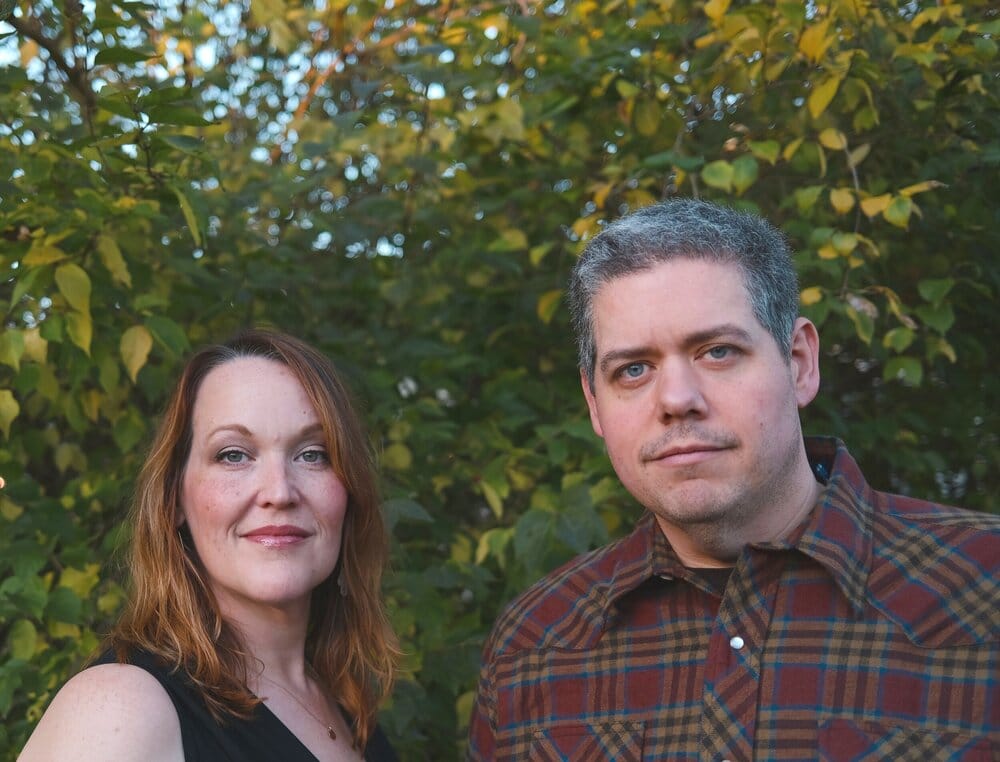 Swift Silver was recorded at Fat Baby Studios in the mountains of eastern Kentucky, enlisting the help of brothers Kenny Miles and Hayden Miles (of Wayne Graham).