The Contribution Release Wilderness And Space On August 23, 2019

When Relix magazine announced the The Contribution’s debut record, Which Way World (2010), and called them a “jamband supergroup,” they also recognized, “the band serves the songs first and foremost.” Although the band is comprised of some of the scene’s heavy hitters, the first listen to their music reveals their love of 60s pop and soul coupled with their ability to flat-out shred. It is what makes the band appealing to music lovers from all walks of life. In 2017, The Contribution released seven tracks from their upcoming LoHi Records album, Wilderness and Space, with full proceeds from each single going to a different non-profit organization. The full ten-song album will be out on all digital platforms on August 23.

The Contribution is the brainchild of Tim Carbone of Railroad Earth (violin, guitar, vocals) together with Phil Ferlino (keyboards, vocals), and Jeff Miller (guitar, vocals) of New Monsoon. Keith Moseley (String Cheese Incident) has been the bass player from the band’s inception, along with vocalist Sheryl Renee (The Black Swan Singers). The drum chair was previously occupied by Matt Butler (Everyone Orchestra), and Duane Trucks (Widespread Panic); both who appear on the album. Will Trask (Great American Taxi) will be performing for the album release shows in the summer of 2019.

The first song was released in February 2017 with all proceeds donated to Rex Foundation. Consecutive songs came out monthly, each paired with unique artwork and all proceeds benefiting a different non-profit partner hand-picked by members of the band. Others taking part include Conscious Alliance, HeadCount, Rock the Earth, and a handful of other organizations that support the arts, environment, and health.

Releasing records and touring is a cycle that is a part of each member’s individual careers. Initially conceived as a studio project that would play select live shows, the emphasis for The Contribution was always on writing and recording. Rather than releasing a full record with expectations of touring to support it, Carbone wanted to find a way to live up to the band’s name and this is what they cooked up to keep going and give back in the process.

How could the creation of music be leveraged for the betterment of the world at large? A lofty goal. The band has never been about personal profit and individually the members have been advocates and activists for various environmental and social causes. Now they have thought of a way to meld the two worlds the band holds dear. They are The Contribution, after all. Carbone says, “We feel blessed to be able to make this music and have it help people in need… and we would like to empower those who share our passion and provide a resource for them to take action with us.”

Wilderness and Space will be released on LoHi Records, of which Carbone is one of the partners along with singer/songwriter and record producer Todd Snider, Hard Working Americans’ Chad Staehly, who is also with Gold Mountain Entertainment in Nashville, and entrepreneur and marketing veteran Jim Brooks. All songs written and produced by Tim Carbone, Phil Ferlino, and Jeff Miller.

The album opens with “Dream Out In The Rain,” is a song about having the courage to dream and believing in yourself, with the lyrics “Don’t wait to start… Today’s the new tomorrow… Open your heart… And your story will follow.”

Some of the songs are dark and dig into the psyche of shame, addiction, trauma, and regret (“It Ain’t No Sin,” “Passengers Of Darkness,” “Somewhere On A Train,” and “Oh No”). While others bring a lighter attitude like “Back This Way,” a duet sung as a conversation between a man and a woman whose relationship is suffering because the man is always away from home (he could be a musician or a traveling salesman or in the military; it’s an argument that somehow, through love, turns out well.

“The Great Boot” is about remembering to take the time to love and appreciate those that love you; scars to your soul can be the hardest to see and overcome. The title track, “Wilderness And Space”  signifies the epitome of what is learned through the album; it is a stream of consciousness tone poem about dealing with life like a compassionate warrior.

Carbone says, “I wrote the words to ‘This Too Shall Pass’ for our guitar player Jeff after his mother passed away from breast cancer.” Miller says, “The song was written as a reference to the cathartic idea that even in our darkest days, with a loved one passing, there is hope. In writing and recording this song, I forever have a way to remember my mom and bring her into being whenever the song is played… a true blessing.”

“So Long, Farewell” closes out the album and the whole song  is like a hallucination; a fever dream that ends with too many people talking and the room spinning.

The Contribution is excited to have the full album out and the band hopes that you enjoy it as much as they have enjoyed the process of creating it.

1. Dream Out In The Rain

6. Somewhere On A Train

9. This Too Shall Pass 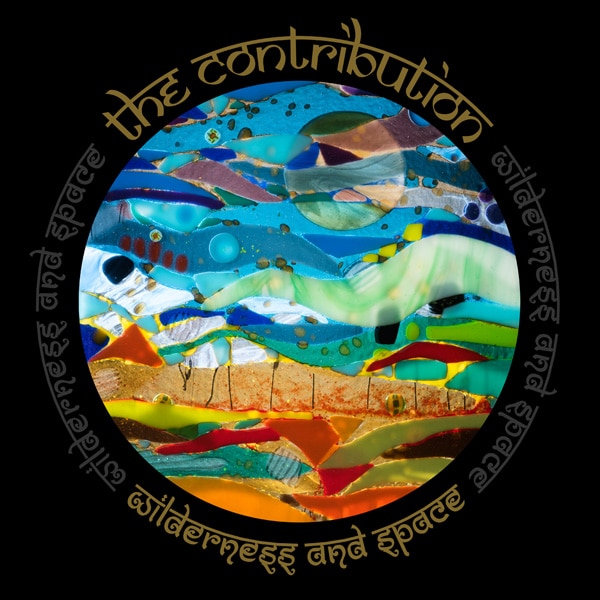 In 2017, The Contribution released seven tracks from their upcoming LoHi Records album, Wilderness and Space, with full proceeds from each single going to a different non-profit organization. The full ten-song album will be out on all digital platforms on August 23, 2019.