McConathy says, “I wrote ‘Sunlight’ in September of 2021, I was depressed about the pandemic and hung up on trying to get things back to the way they used to be. The weekend before, I planned a writing trip to a cabin in the mountains of Colorado but encountered some of the worst writer’s block I’ve had. It was pretty frustrating and I guess only made my condition worse. However, when I got home, ‘Sunlight’ emerged the first time I pulled out my guitar.”

The song begins with a more mournful feel and progresses into another realm of joyful sorrow with it’s lyrics:

This release from Drunken Hearts features McConathy along with Alex Johnson on drums/ percussion/samples, Adrian Engfer on upright bass and violin, Tyler Adams on piano, and Andy Reiner on violin. Johnson recorded the basic tracks in his basement studio in Arvada, CO and then Todd Divel re-tracked the acoustic guitar and vocals at Silo Sound in Denver, CO and finalized the mix and master.

“When we recorded it, I wanted the instrumentation to match the vibe of the song, which felt different from my other releases, and instantly thought cello would be fitting. I made a Facebook post looking for a cellist, and Joy Adams from Big Richard was the first recommendation. At first we just had upright bass, violin, and acoustic guitar, but over time added cello, more strings, piano, and very light drums. I love Big Richard and after already having Joy’s cello, it only made sense to add the rest of the band on harmony vocals to give the song an eerie, siren-esque feel. I love the way ‘Sunlight’ turned out and John Grigsby—bassist in Gregory Alan Isakov’s band—did a fantastic job bringing it all to life with video animation.”

Kind Words About Drunken Hearts From Previous Releases:
“… surely McConathy has one of the most memorable voices in roots music”
—Glide Magazine, Jim Hynes

“We are over the moon with their infectious humor, quick wit, and edgy Americana sound, so much so, we brought them into the studio” —WEXT Radio, Tabitha Clancy

“If you mix Pearl Jam with a mountain spirit, you get Drunken Hearts”
—American Songwriter, Dallas Jackson

“[MConathy’s] distinctive and coarse tonality is sure to please listeners and carries the lyrics with intent” –Americana UK, Joe Edwards

“Drunken Hearts deliver an intimate perspective to a nostalgic rock and roll sound. Passionate vocals that are reminiscent of Eddie Vedder are both familiar and a newfound discovery”
—Paul Hoffman [Greensky Bluegrass] 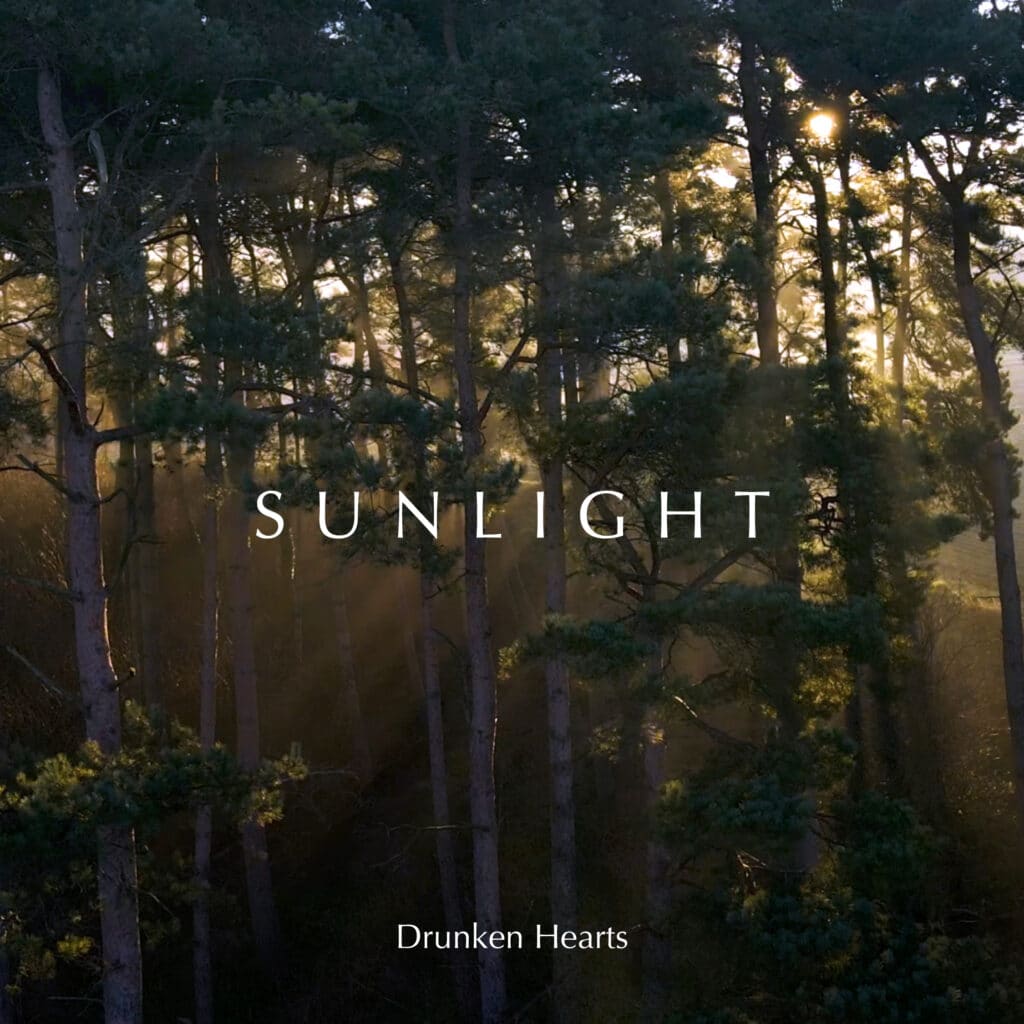