With Rest Heavy, Elliott shows his love of roots-rock, soul, and blues music with a rocking band behind his artfully crafted songs and gravelly delivery. The self-produced album was recorded by Ples Hampton at the famed Sun Studio in Memphis, TN. Hampton said, “It was honestly one of the best sessions I’ve ever had up here. This is gold.”

“I could, literally, feel the shift in the music just by walking through the doors at Sun Studio. The room seemed to have its own electric currency running through it and it made the songs come alive. We walked away feeling like we had an out of body experience. There were times I would just sit in the corners and look into the air of the room to see if that legendary music was still floating there, mixing with ours,” Elliott said.

Elliott’s live performances, whether with a full band or solo, are a blend of engaging storytelling and memorable song lyrics that captivate audiences of all ages. He said, “Live performance is every bit as creative as the writing process. I love the energy created between performer and audience. It can be a heartbreaking solo ballad or a full band, foot-stomping blues song. When it connects there is no better feeling.”

Rest Heavy ranges from modern gospel love songs like the title track, “Rest Heavy” (with its throwback soul sound) to the tale of unrequited love in “Alberta.” He delves into country soul with “Hills of Tennessee,” recalls early Tom Waits in the jazzy “Cadillac Problems, Buick Times,” adds in some Parlor blues in “Slow Again,” and offers some bottom feeder blues with “Dirty River (Catfish Blues).”

An American ramble song that tips its hat to beat poets, musicians, and ramblers of the world, “Shy of Shameless” is a travel log of sorts. It depicts Elliott’s years of touring and wandering America, living out of a vehicle.

“Embarcadero Street” has a raw feel to it with its slinky slide guitar, trashy drums, and the lyrics “Never would’ve guessed I was on the edge… Because I kept myself so clean… Shaved my beard up good and tight… Tried to wash away all the mean…” Elliott said, “Years ago, Embarcadero Street in San Francisco was my stomping grounds during a difficult time in my life. I slept on park benches and abandoned piers. This song is like a brief journal entry for me.”

A deeply personal song, “Shining Stars” has a more ethereal sound, highlighting the acoustics of the room and the B3 organ, making this intimate song feel like a throwback to the 50s. Similarly, “Water Under the Bridge” is a mending song with a serene groove. Elliott said, “Forgiveness for the sake of peace — that is what ‘Water Under the Bridge’ is about. Finding a place of atonement so one can move on past pain and fear.”

“St. James Infirmary,” the only cover on the eleven-track album, is an old New Orleans flavored traditional. Elliott said, “We were in Memphis, so we picked up the tempo and did it in just one take as a bonus track. I have always loved the dark mystery of this song. It was an added bonus track and the entire band let loose.”

Elliott’s early career demonstrates a love of folk, roots, and singer-songwriter music. He has worked with many greats and shared the stage with artists of the highest caliber, including Odetta, Tom Paxton, Loudon Wainwright III, R.L. Burnside, Greg Brown, Ruthie Foster, Jimmie Vaughan, etc.
“Chad’s songs are inspired by real life and by real people,” said Bronson Herrmuth, “They’re not conjured up in a cookie cutter fashion designated by songwriting rules or regulations. He sings out loud and proud about the places he’s been, the things he’s seen, his life experiences, and those of his family and friends.”

Elliott has released 22 albums including The Den Sessions in 2010 which is a ten-volume set. His most recent being RINGGOLD (2017) and Wreck and Ruin (2015). He has been featured on Iowa Public Radio’s Java Blend (“rootsy, gravely growl and impressive, tasteful guitar work”), showcased at Folk Alliance International, composed and performed music for several IPTV documentaries, and won prestigious awards, such as the Woody Guthrie Song Contest (2009).

Elliott performs more than 200 shows each year and is lauded as “Iowa’s Renaissance Man” by Culture Buzz. He has cultivated over 1,000 songs in his career while also honing his skills as a painter, sculptor, and children’s book author/illustrator (Wilderman’s Treetop Tales). He recently published a poetry book, Rumble & Flash.

“Rest Heavy jumps right at you and doesn’t let go,” says Rob Ellen of The UK’s Medicine Show Radio. “The whole piece has an edge you can shave with.” 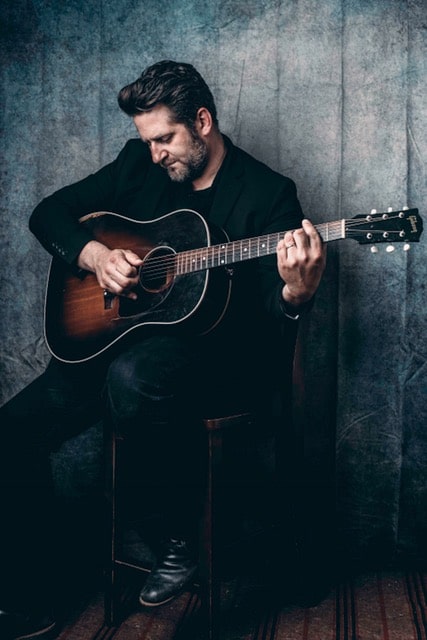